Production designer Mark Cunniffe has produced Ed Sheeran’s live tours since 2014 and has used Notch for every single show. Wanting to expand to a 360 stage this tour, EVOKE Studios was enlisted to create big moments in the show. This involved streamlining Notch produced non-real-time content with Notch video effects (IMAGs), to create an enhanced and cohesive look.

‘Working with a solo artist brings its restrictions; you’re reliant on IMAG more so as you don’t have dancers or a band to cut to; having the ability to bring IMAGs to life is essential’, notes Cunniffe. Enhancing IMAGs from the clean-cut view to a treated image matching Ed’s scruffy look is iconic.

To optimise the visibility of the 360 performance, a cable net system was used to construct a new roof – overcoming the need for the four usual pillars in this style of venue. Working the content into these diameters was a new approach. EVOKE utilised Notch and VR to show Ed their vision in real-time, having also used stenciled mood boards of their 3D designs. The team developed ideas to craft content, materials, and 3D models for several applications. These stencils were imported into Notch and used to light and animate the scenes.

Profiting from the real-time feedback, EVOKE tested several versions of a look until the right one was found, made possible by rendering out in high quality quickly. These videos were played back in the media server, and additional elements used for real-time IMAG effects were created using the same assets and scenes. The workflow was designed because of the real-time advantage and giving the team the flexibility they needed to edit on-site around the strict time constraints of rehearsals. 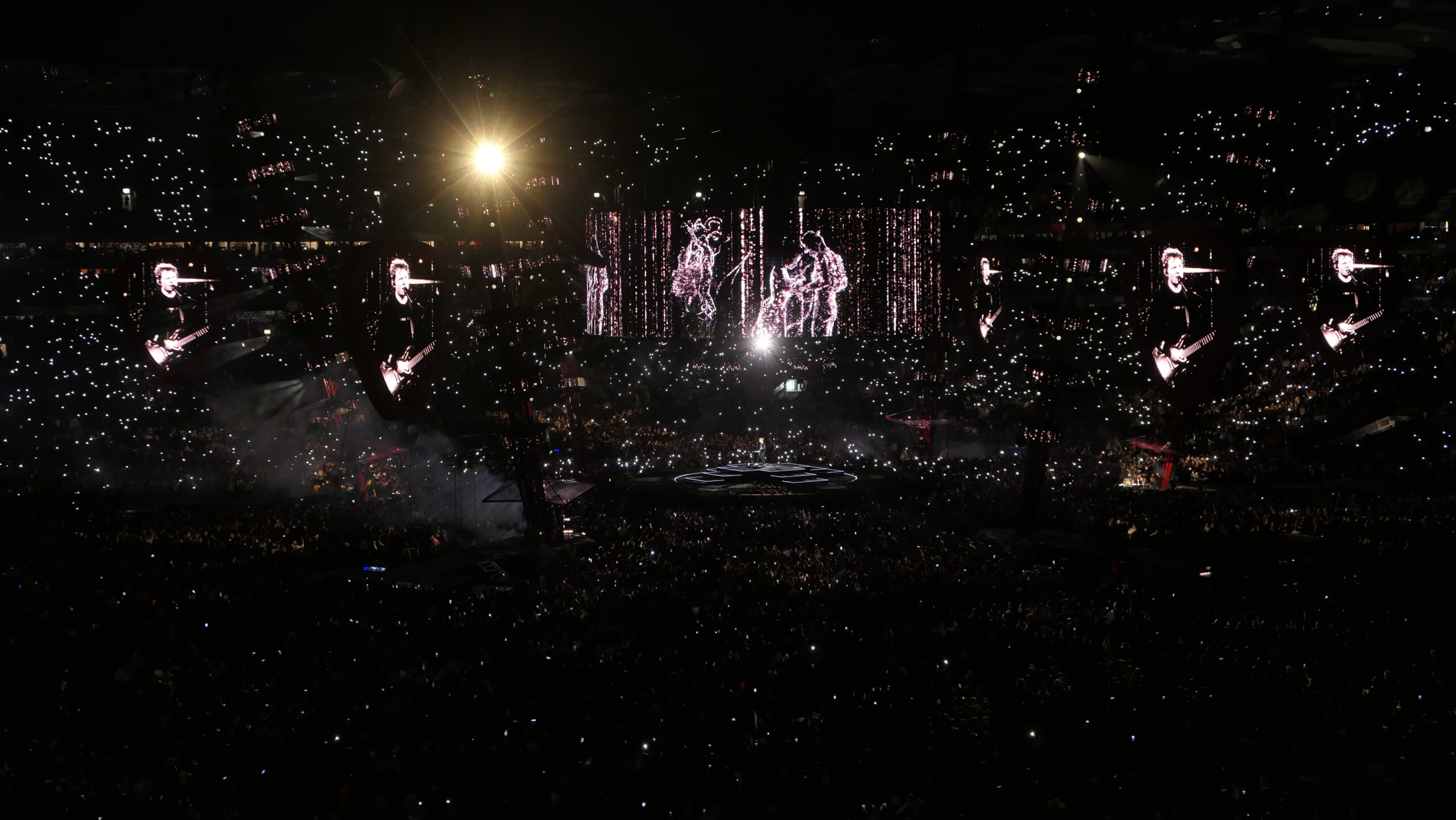 “Notch allowed us to use the same assets across all the production teams. For example, in ‘Shape of You’, the rendered shapes were used for the video effects to influence the IMAG itself, the images behind the IMAG, and where it appeared on stage. That’s what I think is the most considerable success of Notch in an environment like this, more so than real-time and the 3D editing capabilities, which are all great, but the flexibility you have to integrate content produced offline with real-time IMAG assets and create a coherent look.“