With five years of experience working on video content and creative direction for Jason Aldean, Lüz Studio felt right in their element when approached about his latest tour.

The team began with the idea of creating low-key virtual set extensions that would suit a broad audience. After combining an 8mm Vanish LED wall with physical lights, they blended the lighting setup with the set extensions, aiming to have control of both physical and virtual lights within the same server. They could create improvised content and trigger physical lights with the same cues.

Taking their idea to another level, the studio decided to merge the lights with video effects. They experimented with the NVIDIA AI Background Remover to ensure they could film and key Aldean live using the physical lights as a backdrop. When the singer would move on the screen, it would kill the physical lights behind. In other words, the Lüz crew figured out how to create backgrounds for cameras without having to modify stage designs.

On previous jobs involving video effects, the Lüz team were always unsure how problematic the potential video feedback would be, as it can wash out the screen and erase contrast. This time, they used the Background Remover to avoid feedback entirely. After a few weeks of experimentation, they figured out how to use the system to create something up to their standard and were even able to use AI-keyed silhouettes to control the lighting rig behind their translucent screen. 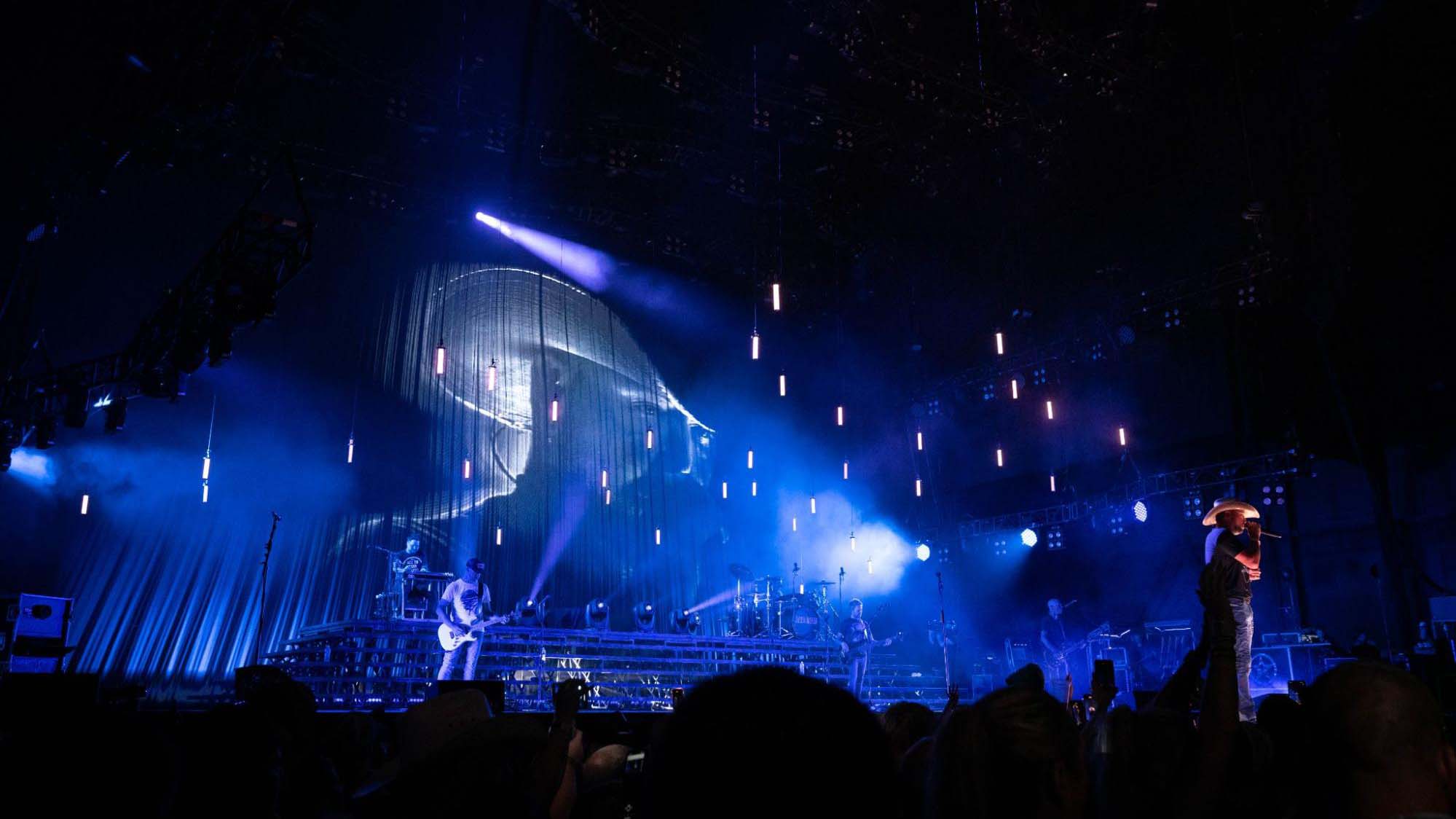 “For this show, we tried to push our use of real-time volumetric lights as far as possible to get the perfect balance of realism and performance. Because we could create Notch blocks both to timecode and free-rolling, we could adjust everything quickly on site.”