“Notch was the only way that we could incorporate IMAG the way we envisioned.” 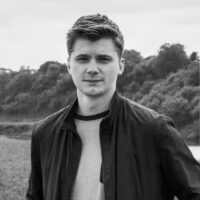 “I am a co-founder of a company called Hidden Road Studios which I formed with Tom Kirk. Tom has a long history with the British rock band Muse, and I got my start creating content for their “The 2nd Law” tour in 2012. We are very fortunate to get consistent work like this and have been lucky enough to create content and Notch design for artists like Imagine Dragons, Shawn Mendes, Metallica, Katy Perry and many others. ”

“With an artist like Khalid, I think everyone’s vision is to keep things lively and colourful. He is young and appeals to a largely younger demographic, so keeping the content vibrant and moving is important. My vision was to push colour as far as possible.”

“There are eight IMAG moments in this show, each with a different grade or design to set the mood. Notch was the only way that we could incorporate IMAG the way we envisioned.”

“Lighting Programmer Dan Norman and I were able to create complementary looks efficiently thanks to Notch’s render quality and speed. I could make adjustments to a scene after the afternoon rehearsals and have a new version rendered out for the evening rehearsals.” 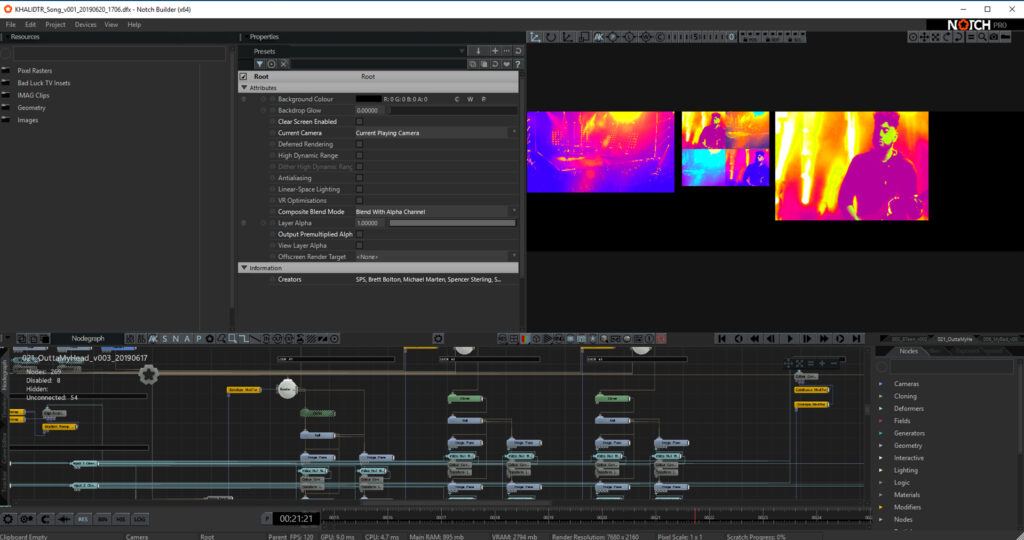 “18 was the opener, and we wanted to set the tone and energy of the show by using extreme colour. There needed to be no black or even grey. To create this look, I used channel mix to find the right colour and create multiple hues. I then pushed everything to the extreme using multiple Colour Correction nodes to create a vibrant, solarising effect.” 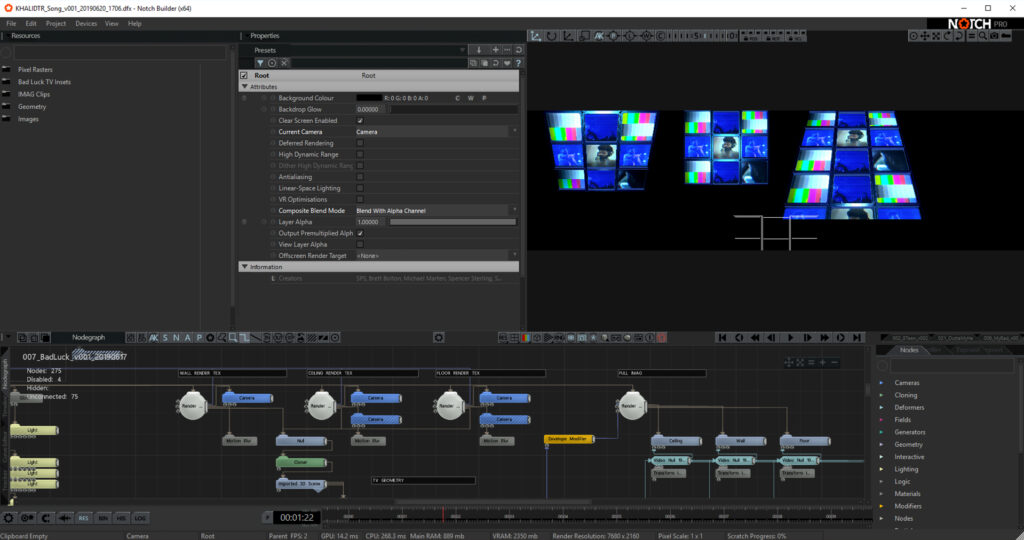 “This track was pretty crazy to coordinate. We had two live camera inputs and multiple rendered videos composited onto 63 television screens. The television screens would scroll from ceiling to floor all to the beat. With this setup, there had to be a consistent motion between all three LED walls. Notch’s Motion Blur Node was an amazing tool to help keep the motion smooth and seamless between all three screens.”

“The video feed here is from one of Khalid’s music videos. I used a particle Image Emitter and baked this onto the rendered video to transform the dancers into clusters of stars in a galaxy. The image was made entirely from Notch particles, and the result was amazing.”

“Everyone involved, from the creative team to the client, seemed very happy with the result, which of course made Tom and I extremely proud. I was able to catch the show on their 6th night at Staples Center in LA. The crowd seemed to love it, and I was glad to see the effects were holding beyond rehearsals. Overall it was a great experience working with an amazing group of talented people.”