“Notch is perfect for situations where you need to be adaptable.”

Dutch popstar Marco Borsato celebrated his twenty-year career as a chart-topper with five back to back shows at De Kuip in Rotterdam. Rotterdams massive 50,000 capacity stadium proved the perfect canvas for real-time trickery. MALF Media’s Michael Al-Far explains how he and his team of Notch power-users proved the sky’s the limit with their ingenious AR integrated show. 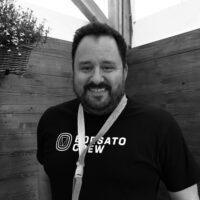 “MalfMedia is a video design creation company utilising leading-edge technology in a creative environment. Our projects span from live events and concerts to broadcast. We are part of a small group of Notch users involved in the development of SmartStage technology, in close collaboration with disguise and Whitelight.”

“I first met Marco while creating content at last year’s Sportpalais concerts. He loved the visuals I had created for his performance and wanted to work together on his upcoming concert at the infamous De Kuip in Rotterdam. As an artist and photographer, Marco felt the time had come for him to be involved in every step of this exciting project. He wanted the set to be as wide and as high as the arena itself, the 250,000 visitors needed to have a sense of grandeur from the moment they walked through the doors.” 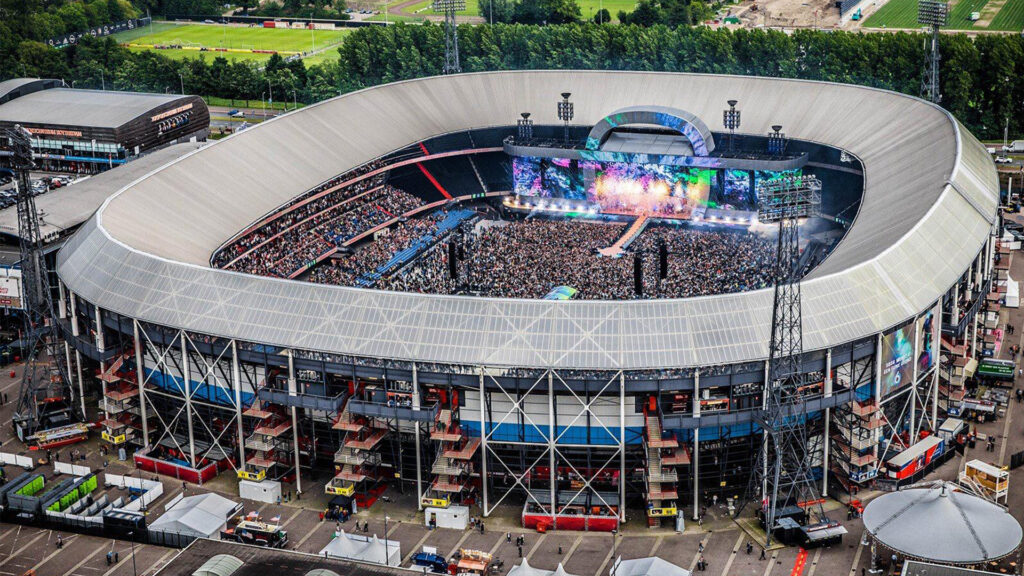 “Every high-level production around the world is looking for ways to provide an experience never seen before. Hans Cromheecke, Maarten Francq and I have been using Notch to create Augmented, Virtual and Mixed Reality visuals for international broadcast productions for several years. We saw Marco Borsato’s concert at the De Kuip as the perfect opportunity to introduce a world-first: embedding Multicam AR into a live concert’s main screen. We envisioned using the main stage 85m x 15m screen to display live camera-feeds with real-time augmented visuals. The audience would be able to experience suspended disbelief on a large scale without the use of a smartphone.”

“We needed the best and brightest in the room to pull this off so we decided to bring Scott Millar on board.”

Scott Millar: “Incorporating technologies like AR into a live-show comes with a new set of challenges, however with Notch we can use the same workflow as with any other show. During the production we could pre-visualise, live-edit and see data from the media server in real-time without having to wrestle with our media servers.” 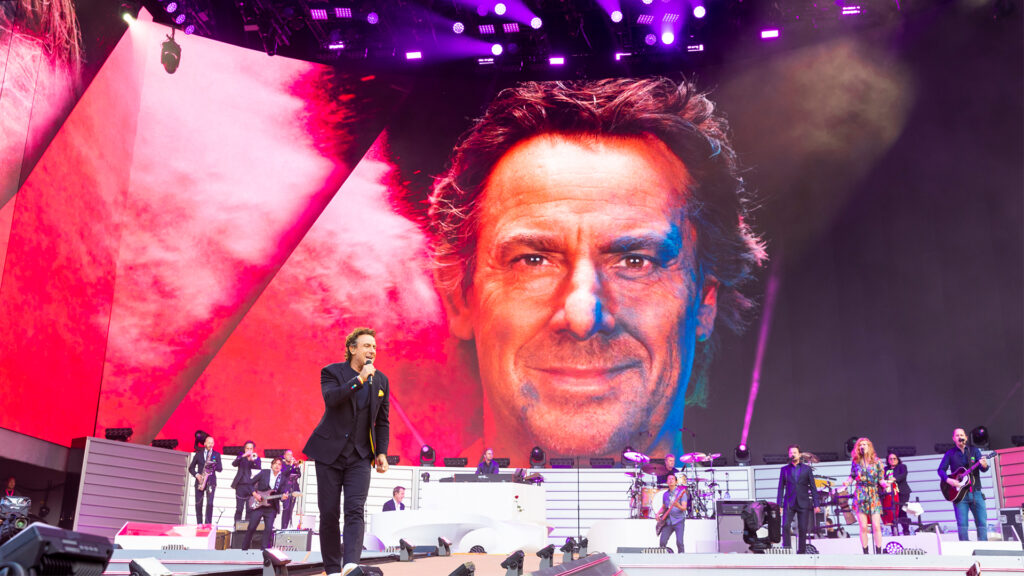 .
“The concert had an extended 37 song setlist and would transition from daylight into night. Notch is perfect for situations where you need to be adaptable to changing conditions. I can get quick results without compromising on quality.”

“It was important to Marco that every camera feed have live colour grading and blend with the stylised content. We asked Lewis Kyle White to join the team and be in control of grading.” 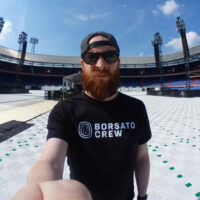 Lewis Kyle White: “We had such a vast amount of screen in direct sunlight for the opening half of the show,  live grading was essential. I graded the IMAG effects incrementally in Notch to transition smoothly from day to night.”

“We also used Notch to incorporate live Video Feeds into pre-rendered 3D content. We developed a pipeline which allowed us to use lighting to create ambient fall off and mask content with foreground and background objects. This workflow was fundamental in two of the big tracks for the show: VrijZijn and Margherita, both these tracks pushed what was possible with cutting edge Live Video effects.”
.

.
“As the band began to play, the audience anticipated Marco Borsato’s appearance on stage. The live camera feeds were faced outward to the buzzing audience, a slow zoom in revealed Marco striding across the stadium’s canopy. It took the audience a few seconds to figure out that the figure dancing on the roof was AR. It was so rewarding to see the audience looking up to the skies to spot Marco – it meant that what we had set out to do had been proven successful.” 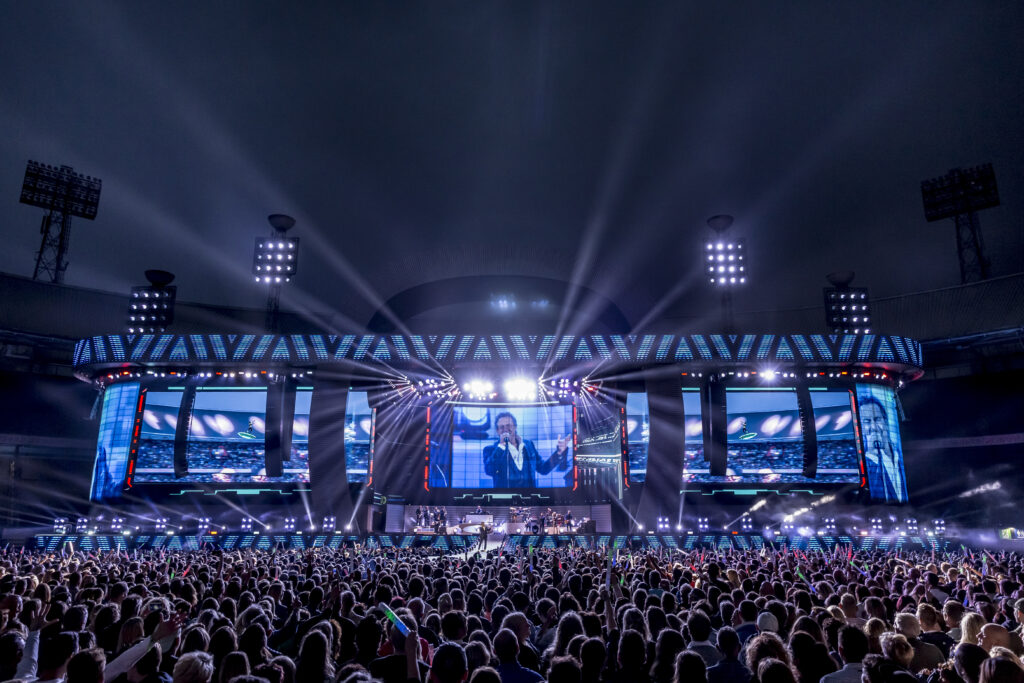 “This scene is about a woman stuck in a dead-end relationship longing to be free. On the chorus she flew over the audience, using some compositing magic. We created a pre-rendered 3D world in Lightwave, which we imported into Notch to light. We composited live camera feed into the 3D scene so the audience appeared in billboards. To create a soaring effect, we used a 3D camera to fly through the world.” 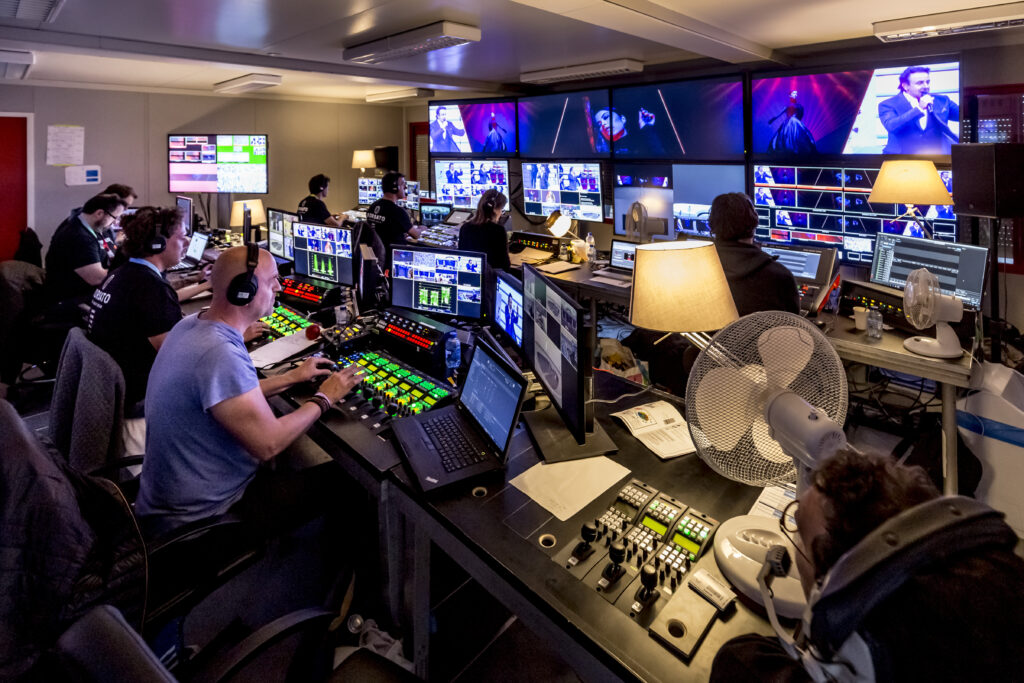 “I am happy that we were able to create a unique production using techniques never seen before. We achieved ultimate audience participation! The entire stadium and the audience inside became a part of our content design.”

“Marco was over the moon! In his own words, we ‘set the benchmark for future shows’.”

“On a personal note, I feel delighted that we managed to build bridges between Notch users. Our Notch community is tight, and the success of Marco Borsato exemplifies that collaboration fosters results!”