With the element of air as their muse, Sensory Ltd and Init Studio Ltd designed OTHERWORLD’s new interactive venue in Birmingham.

When the OTHERWORLD team first asked Sensory for an immersive experience at their new Birmingham location, they based their initial brief on the element of air, an adaptable matter which appears in all sorts of divergent shapes and forms. As a unique venue focused on Virtual Reality, OTHERWORLD asked that the installation complement the VR experience, from passing through their transition zone to playing games in the VR pods to enjoying a drink in the foyer.

With help from Visual Artist and Notch Designer Hanzo Schwarz of Init Studio, the team used their common background in club culture to create an interactive space and attract an everyday audience in addition to new media enthusiasts.

Starting on paper, Sensory and Init quickly moved on to develop prototypes in Notch, searching for the best way to visualise their invisible element. As the team worked, they shifted their focus away from the element itself and toward its effect on the world. They designed multiple scenes, prioritising interactivity. They installed, for instance, visuals that reacted to the drink taps at the self-service bar. On site, they connected their visuals to the lighting system using Madrix, taking full control of them through Avolites AI.

Sensory and Init worked with projections covering fifteen metres in length and three and a half metres in height on opposing walls using six 4K Optoma projectors. As they were in a completely white space, the team knew they’d need to create looks that shined in the dark and remained visible in daytime. 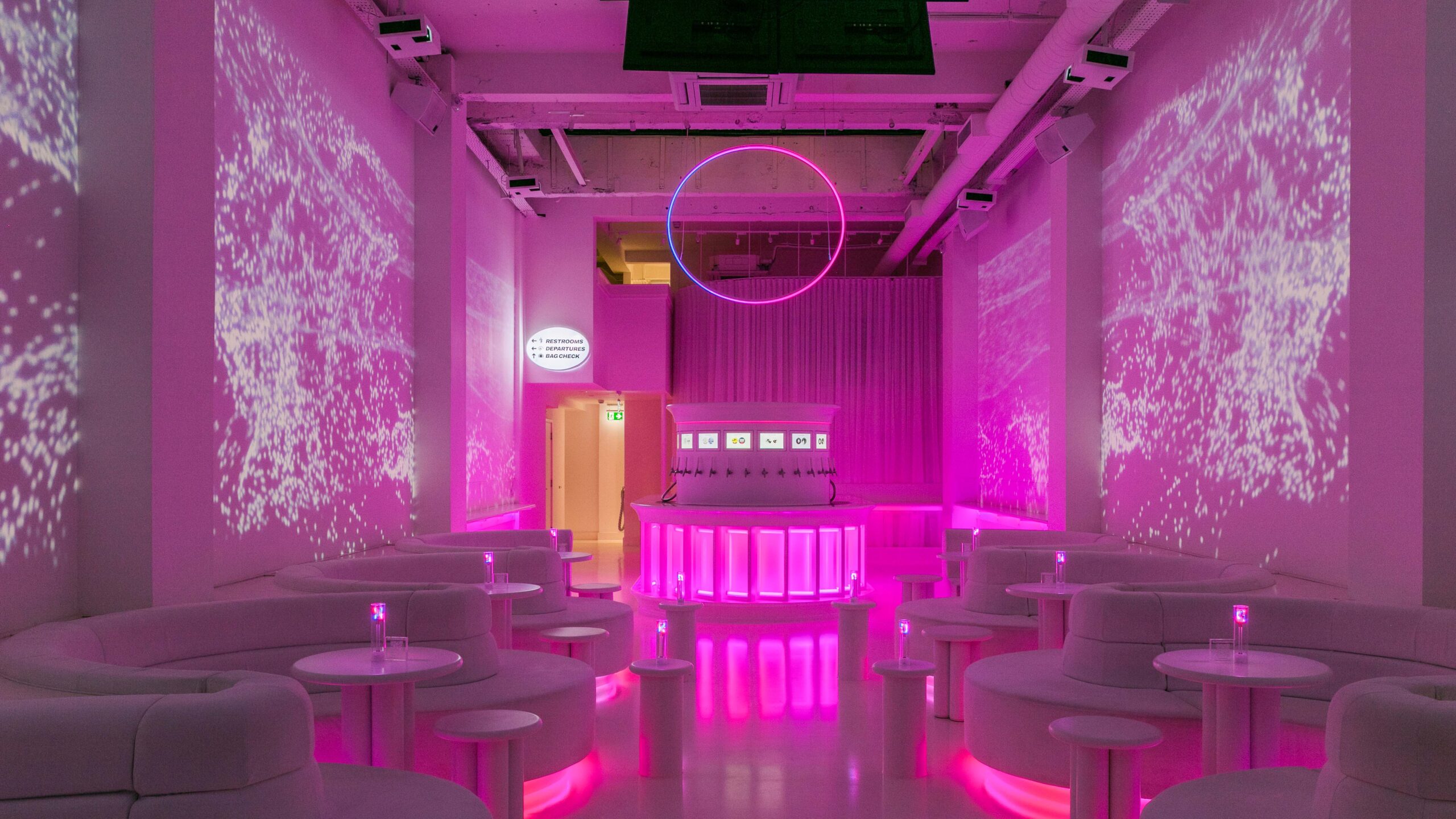 “As the entire space is white, the visuals looked very different in person than onscreen. By using Notch, we could adapt the projections in the venue to the natural daylight, modify them to the lighting systems, adjust interactivity, and optimise to our standards all while saving a lot of expensive render time.”