“I’m really excited to be able to explore visual ideas in the real-time environment.”

Lucid Creates and Limbic Cinema design an ambitious new stage for Glastonbury Festivals ‘The Common’. Samula is a dynamic stage which immerses late-night revellers in an audio-reactive oasis. One of Limbic Cinema’s Founders Tom Pryce created the stages waterfall centrepiece in Notch. 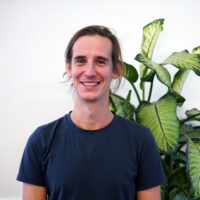 “My background is in content creation, visual arts and VJ’ing. In 2015 I co-founded Limbic Cinema, an award-winning multimedia design studio that creates unique immersive experiences. We love to connect people with ideas and stories and creative use of technology is integral to our approach. An extensive technical toolkit allows us to transform spaces and transport audiences in new and exciting ways, and Notch is becoming an important part of that workflow.”

“The original brief was set by The Common area directors Kerry Veitch and Steve Stavrindes after their research visit to Mexico. The ancient and natural Cenote caves inspired the concept. The motivation was to evoke: ‘A secret waiting to be uncovered, part dream, part vision, an ancient mystery pulling you into its orbit. Here, the ground beneath ancient ruins vibrates -this is a place to praise, learn and party’.”

“Lucid Creates interpreted that vision into an ambitious set design and we were brought on to create a giant waterfall as the centrepiece.”

“We wanted to create an infinitely looping realistic water simulation that interacted with the contours of the physical set. It also needed to be manipulated live to be able to respond to the dynamic changes of the music and lighting states.” 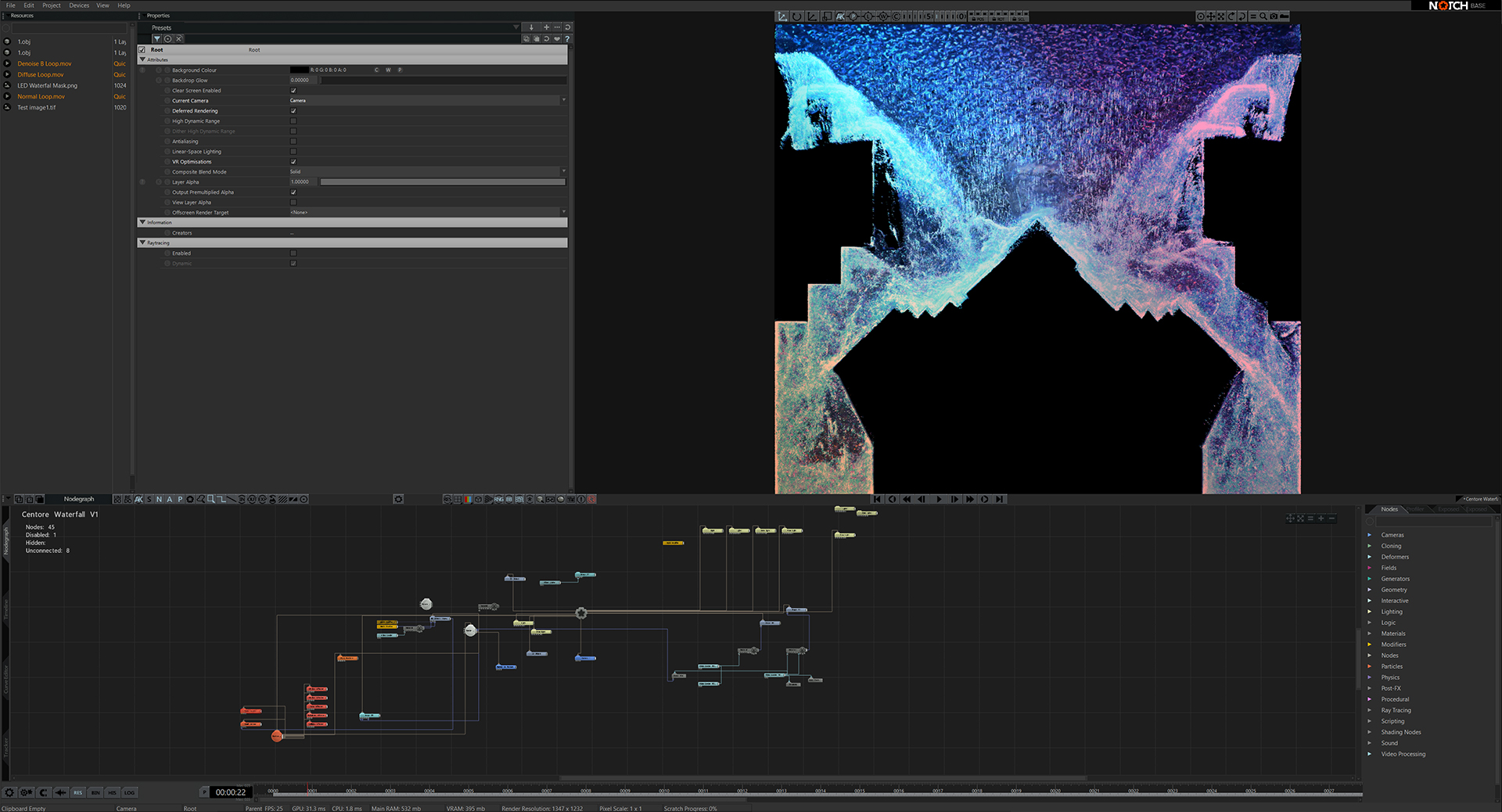 “The Lucid team designed the set, and Video Illusions supplied the LED screen to fit the panels into the design. We created a 3D object from the LED screen layout and used X-particles and Cinema 4D to create a particle simulation. We also used a Notch particle system with texture emission to drive Notch’s Vector Blur effect and make it appear as if an object was emerging from the waterfall. We then used Octane Renderer to output various render passes which we input as layers in Notch. We used Notch to sync the playback of the passes and effect the layers in different ways in real-time.”

“The render passes were converted to videos in NotchLC which were plugged into the material node and applied to a 3D plane. For example, we used the Normal pass with Notch’s 3D Lights to be able to control the position of light and change the colour of the reflections in real-time.”

“We wanted live control of the waterfall so that we could follow the direction of the music and the lighting operator. Notch allowed us to manipulate the playback of the waterfall in real-time. We could constantly shift between looks and add real-time effects. The result was an endlessly dynamic stage design, which was needed for the near week-long party.” 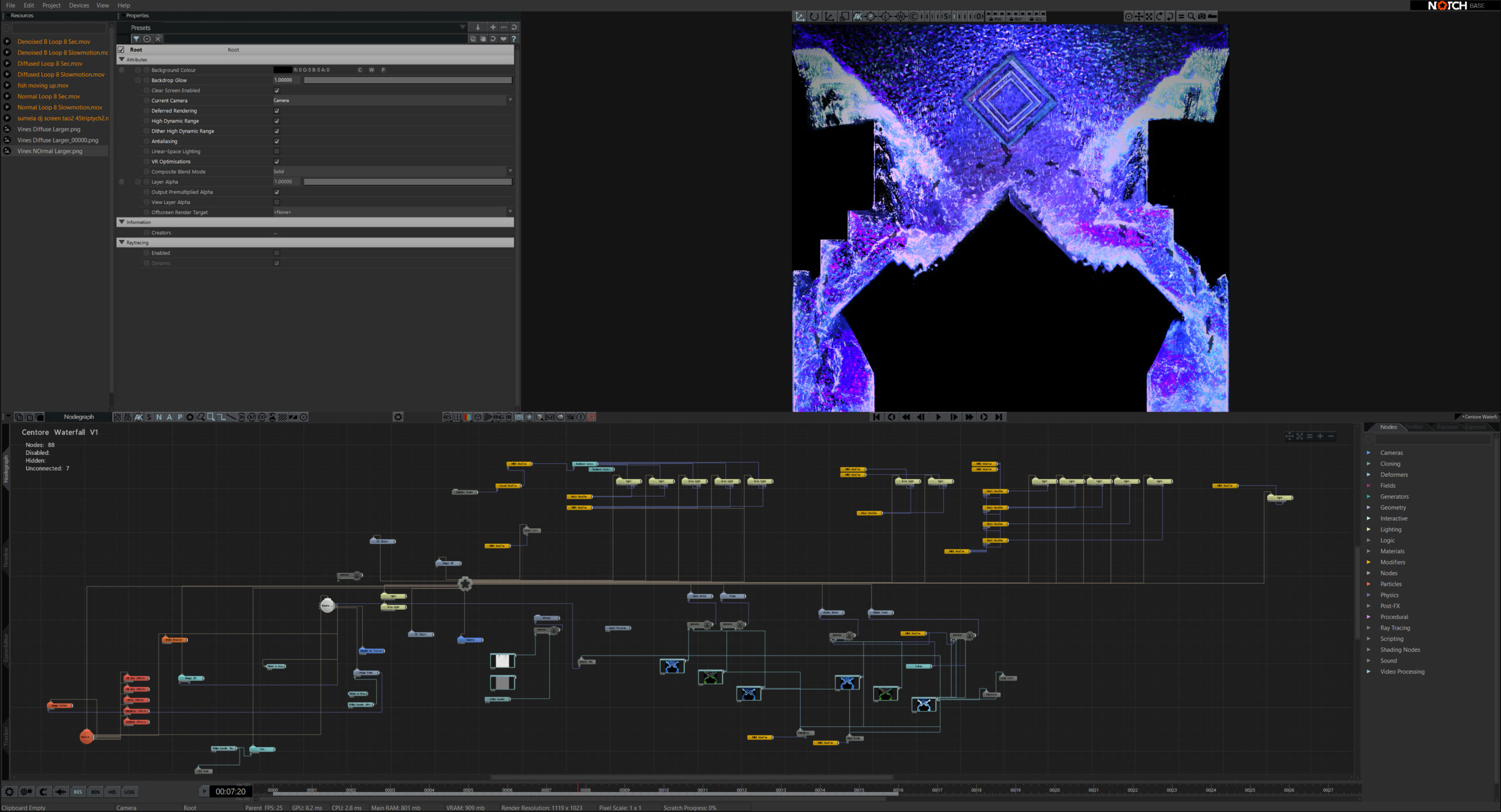 “The reaction was pretty overwhelming. It was a little bit hidden away, which added to the palpable buzz around the whole site about it. It was great to see so many posts on social media.”

“I’m really excited to be able to explore visual ideas for future projects in the real-time environment that notch provides. Creating Samula in Notch allowed me a lot more room for creative experimentation than previously possible.” 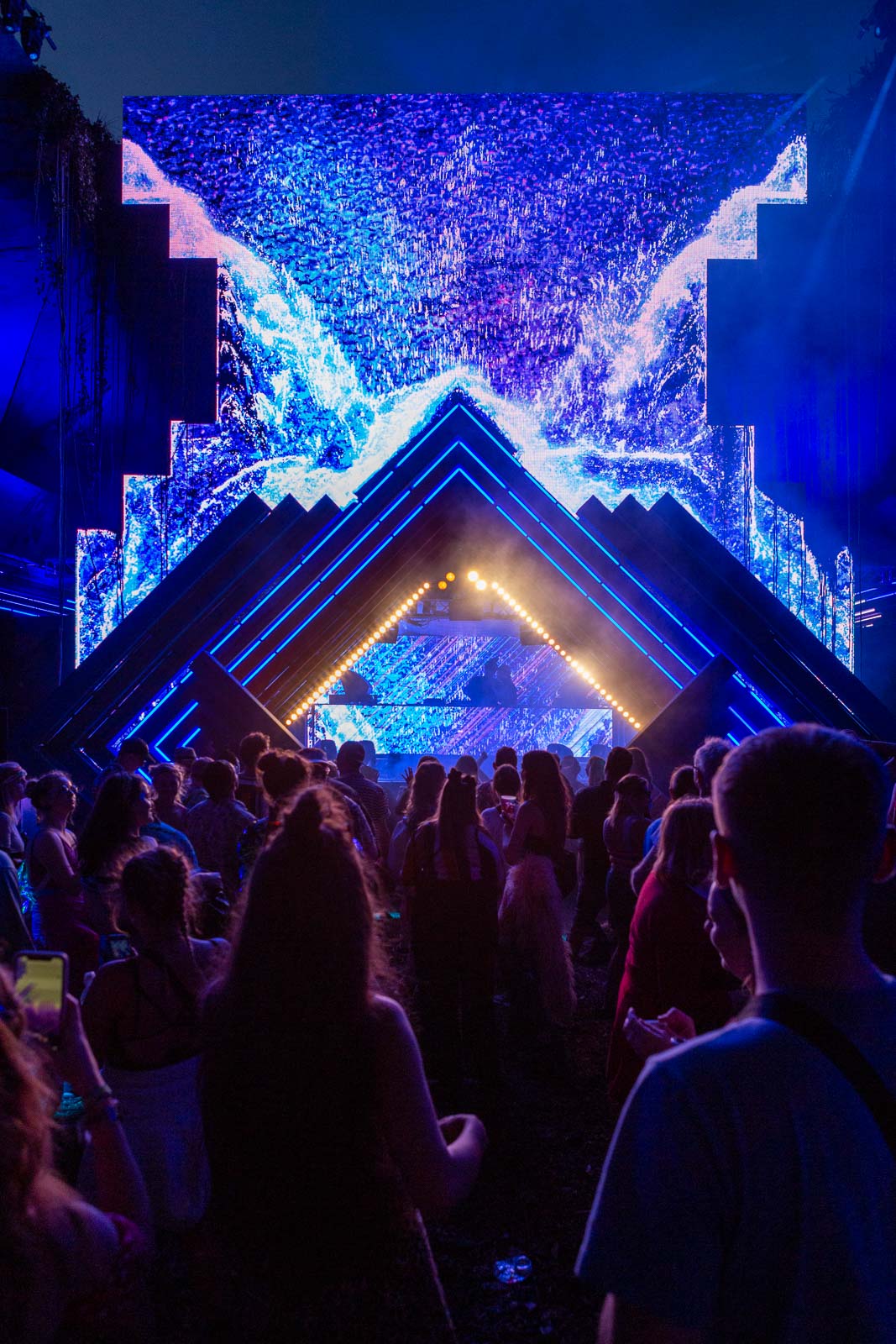