“Working in Notch enabled us to preview and edit every effect and transition in real-time.”

Every year Blackrock Desert turns into a temporary metropolis of art for the famous Burning Man festival. New York-based design studio HYPNOTICA joined the celebration with their transcendent film ‘The Birth’. Animated in Notch and projection-mapped onto an 80 ft pyramid ‘The Birth’ tells a symbolic story about the birth of a new life. Creative Director and Notch Designer Javid Guliyev discusses his process. 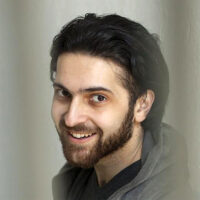 “I founded HYPNOTICA in 2009 with a desire to tell stories through audiovisual technologies. In the last ten years, HYPNOTICA has grown into a team creating multimedia shows for concerts, events and festivals. Notch became our main real-time software six months ago, and we’ve found our design process has become more interesting and enjoyable.”

“PlayAlchemist had created a large pyramid structure, named the ‘Vessel of Light’ for Burning Man’s 2019 theme Metamorphosis. In collaboration with projection mapping specialists Lightharvest Studio, they envisioned the pyramid as a beacon of transformation. HYPNOTICA was invited to be a part of this transformation by displaying our project ‘The Birth’ on the 80 ft tall illuminated pyramid. We aimed to communicate the ever-changing landscape of challenges that all life faces on earth, and beyond.”

“We wanted to convey a sense of naturalness in our design as if it would all happen in real life. We used the Displacement Map node to create organic relief on the virtual surface of the pyramid.”

“The first part of the project was created using a combination of Displacement Map and Fractal Noise. We used Procedurals and layered geometry to create a life-like human figure in the main scene. Volumetric Lights are used throughout to create a greater sense of depth within the scenes.”

“It was important to create fluid tranistions from scene to scene. Working in Notch enabled us to preview and edit every effect and transition in real-time.” 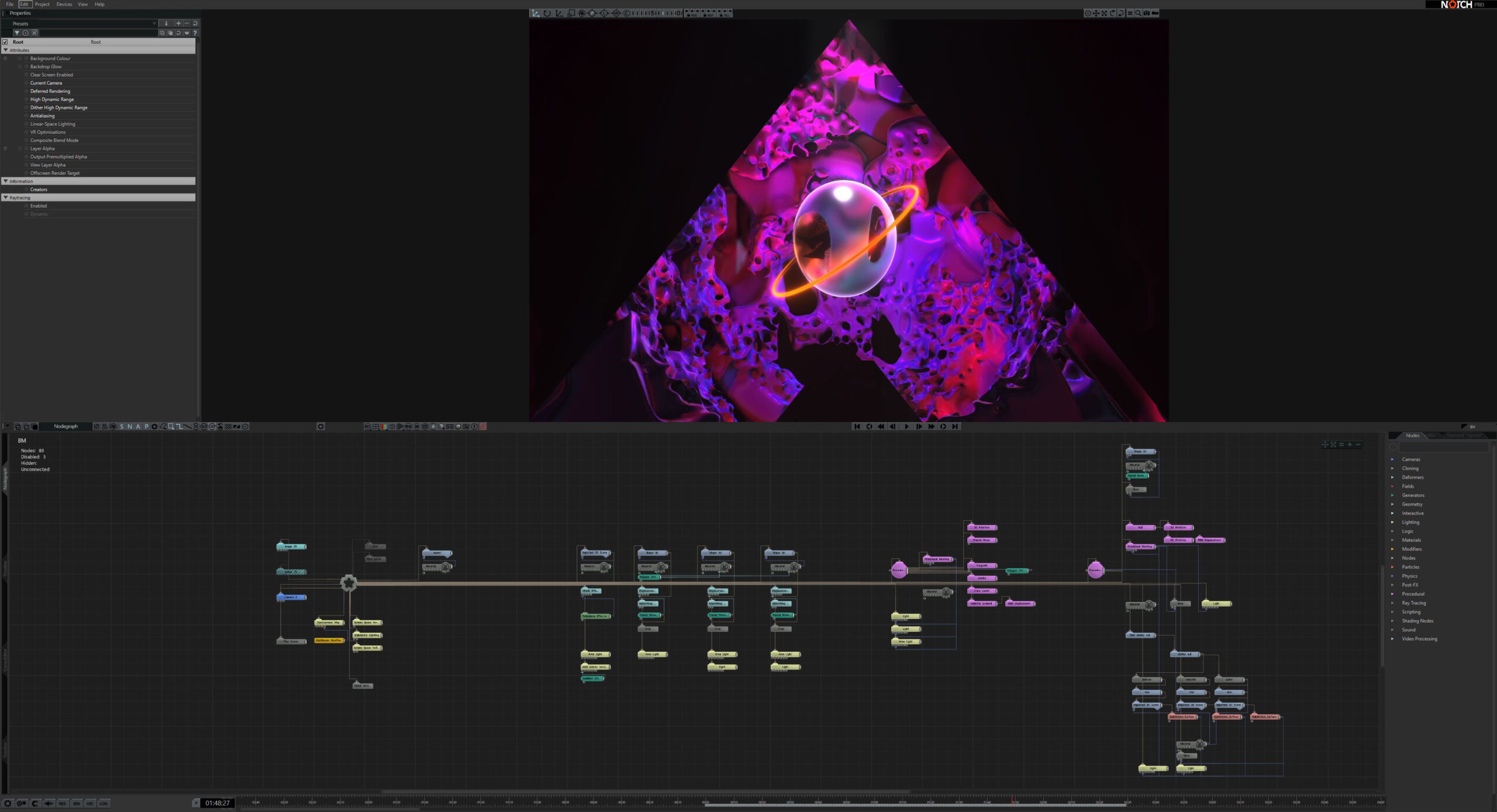 “The final result was spectacular! We were able to create an artwork with integrity and witness it dynamically displayed on the Vessel of Light. There was a hugely positive reception from party-goers and an electric atmosphere around the pyramid during ‘The Birth’.”