“Working with Notch and Blacktrax opened up infinite possibilities.”

The Next Web Conference (TNW) surrounds international technologists with some of the highest production values at any worldwide technology event. Notch Designer Menno Broere created brilliant interactive visuals for the opening performance, setting the scene for the rest of the event. 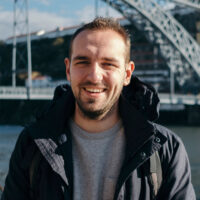 “My work always mixes creativity and technology with the story of the show in mind. I like to be handed a great story or performance and enhance it with visual impact. I work on a wide range of projects, from interactive installations to live music and theatre.”

“TNW Events wanted a kick-ass opening show for The Next Web Conference 2019. They asked me to create stage visuals that energised the audience and set the bar for the rest of the event. It was important to illustrate the connection between technology and humans. This inspiration came from their new tagline ‘TNW: At the heart of tech’.”

“It was imperative that the performance had a high production value and was visually arresting. We did, however, incorporate a hidden narrative, we would take the audience on a historical journey of communication via technology, starting from pixels and ASCII to emojis and GIF’s.”

“I presented the idea of an interactive choreographed dance with each dancer equipped with an LED tile with integrated Blacktrax. The Blacktrax tracking would enable the dancers to fully interact with the content played out on the stages LED wall.”

“Working with Notch and Blacktrax opened up infinite possibilities. More ideas then we could fit into 2 and a half minutes! I built a mood board that reflected the ideas and divided the show into seven scenes. The awesome animators at Boompje Studio created graphical assets for me to use as interactive layers inside Notch. All of the interactive elements in this show were made in Notch.” 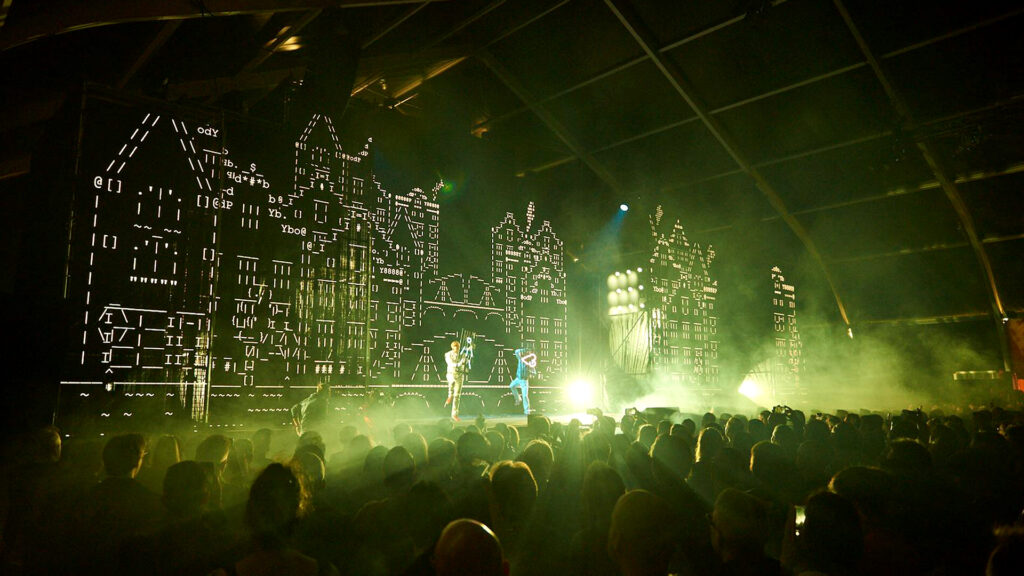 “This was the opening scene, the beginning of our journey. The stick man character on the dancer’s screen was affected using positional data and set parameters in Notch. The scene then transformed into a cyber tunnel, affected by the movement of the dancer.” 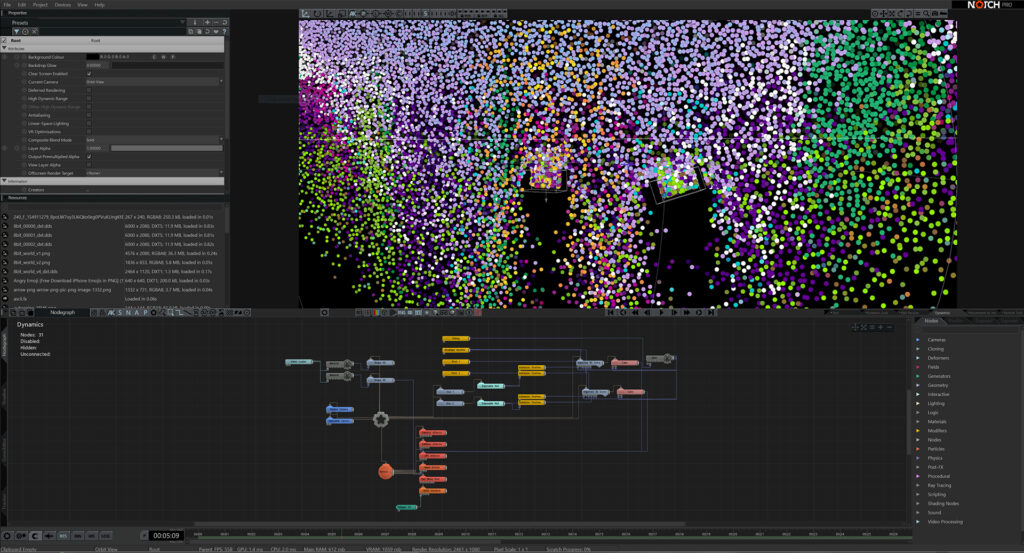 “This scene started as an 8bit game, I used particle systems to transform the pixels into coloured blobs which rained down and bounced off the dancers. The boxes represent the dancer’s screens in Blacktrax.” 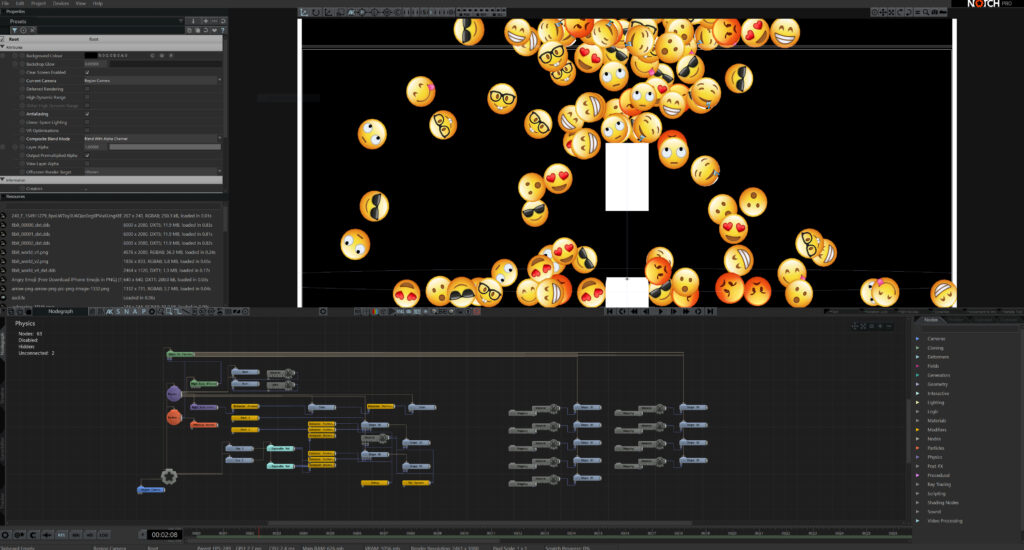 “The white boxes in the Notch scene represent the dancers LED screens. Once connected to Blacktrax, the emojis cascade down onto the stage and bounce off of the dancers with physics. On the left and right is a Limiter, which enables the screens to fill from bottom to the top with emojis.”

“Using disguise, I was able to pre-visualise the scenes and communicate clearly with the dancers and choreographer. They were incredibly excited to work with the technology. We were able to work together and develop the dance and the interactive visuals in unison.”

“Notch is a compelling interactive graphics tool. It enabled me to create and integrate with rendered content with ease. I’m looking forward to further exploring  Notch’s interactive capabilities in future projects.”