Aggressive TV, Brandon Epperson and Tigrelab push the boundaries of the live stream medium with their novel approach to virtual production.

Aggressive TV’s Alex Topaller and Daniel Shapiro showcased the beauty and power of Alicia’s performance using a visually stunning three-act structure that evolved in real-time. Working together with Tigrelab and Brandon Epperson, the team created a stage that transforms song by song, through a series of immersive 3D environments animating across the LED walls and floor. The rich control and parameterization tools in Notch helped craft visuals that were in tune with the setlist and flexible enough to make adjustments during the performance. Alicia and her band could play each act in its entirety, settling into a groove and allowing the capture of spontaneous energy in the moment it happened. 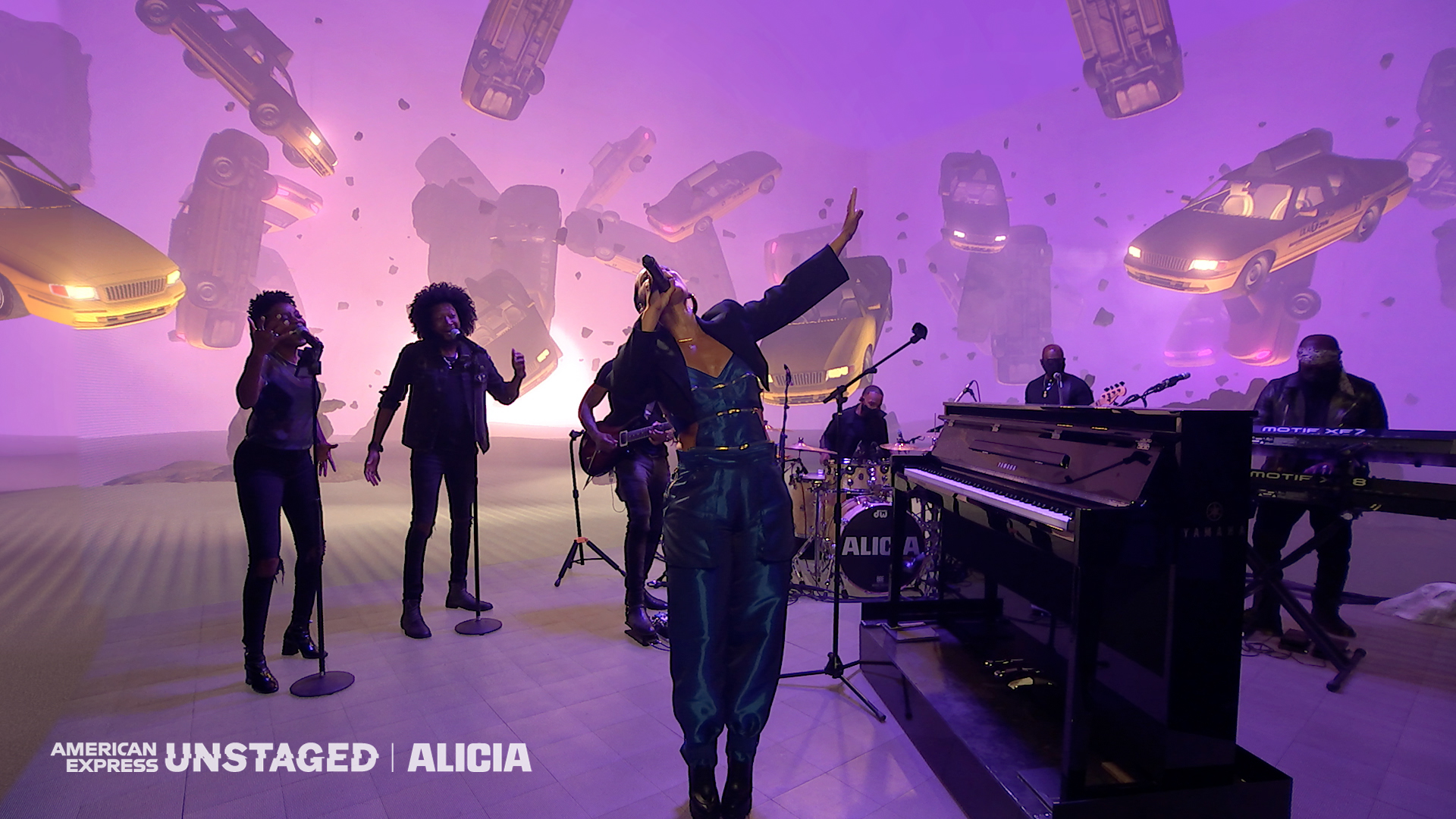 “While the event was virtual, filmed on a stage and streamed around the globe, it was key for us to deliver the authenticity and emotional impact of a real concert experience. Notch’s real-time virtual production workflow allowed us the freedom to respond to unpredictable dynamics in Alicia’s live performance with reactive lighting, colour and animation speed. The experience was symbiotic. We’ve finally found a holistic workflow that enables the performer, the production team and us directors to work in perfect harmony.”