Billie Eilish: Where Do We go? The Livestream

Moment Factory and XR Studios use virtual production techniques in Notch to innovate the live-stream experience for Billie Eilish’s ‘Where do we go?’ virtual concert.

Moment Factory’s collaborative relationship with music artist Billie Eilish continues with WHERE DO WE GO? THE LIVESTREAM, a virtually immersive concert experience. Billie and her team invited Moment Factory to oversee the creative and show direction for an exclusive hour-long, 13-song digital performance. The show would expand on the music, and some of the themes featured on her latest album ‘When We All Fall Asleep, Where Do We Go?’.

Moment factory joined forces with extended reality company XR Studios to create an augmented live performance, enhanced with layers of dynamic and impactful visual effects. Inspired by the artist’s vision, Moment Factory directed and produced original visual content that captures Eilish’s creative universe. They chose Notch to design and render a giant spider lurking behind the performer, an infinite spacescape of stars, a dreamlike ocean filled with sea creatures, and an interactive live mosaic featuring fans. The livestream delivered an arena-level pop experience, tailored to at-home viewers. Consequence of Sound magazine wrote: “the design of Eilish’s live stage not only exceeded expectations; it provided effects that would be nearly impossible to pull off at an in-person concert.” 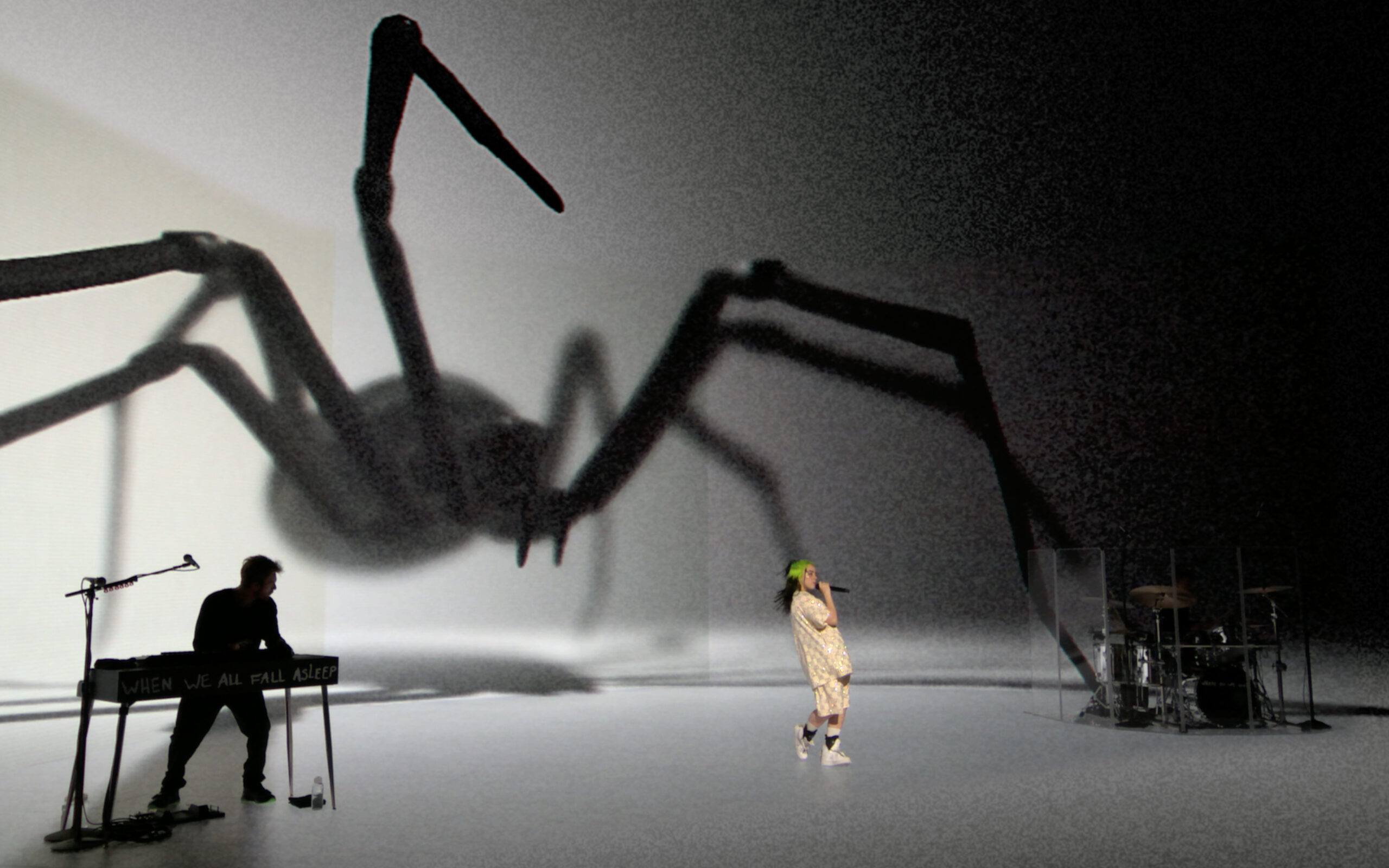 “We’re proud to have provided the show & creative direction for Billie’s live performance using XR technology in a 100% live endeavour. This project has been one of our most inspiring & ambitious adventures yet. Of the thirteen songs presented, nine were designed in Notch. Notch is a powerful tool – it helps us deliver high quality creative and remain flexible throughout the entire production process.”