“Watching a scene come to life in real-time, with a high degree of finish, is why I love to work in Notch.”

Patrick Doan creates an out of this world music video for Yaporigami’s (Detroit Underground, BRDG Tokyo) new track XINRI D. Using Notch, Patrick created a living breathing organism that may take over the world with its explosive audio-reactivity. 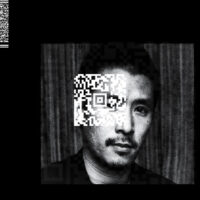 “I studied design and architecture, but have worked as VJ, graphic designer, web designer, motion designer, video editor, art director and director for over a decade. I am mostly self-taught and guided by my interests in the spectrum of electronic music and its subcultures. I’m interested in live AV performance, and expanding my collaborative work in media design, science and technology.”

“I met Yu (Yaporigami) at his gig in Berlin in early 2018. I had just discovered Notch, and it had got me re-interested in live performance and motion design work. We discussed collaborating for a while, and since then have put on a show in Berlin called New Syndicate, where I created all the visuals in Notch. For this show, I had five scenes ready, and edited basic parameters in the Nodegraph live, building the visuals in a fluid and spontaneous way. I love the reactivity of Notch while VJ’ing, I felt part of the show, and we’ve had great feedback from audiences. The music video XINRI D is inspired by the visual from Yaporigami’s live set.” 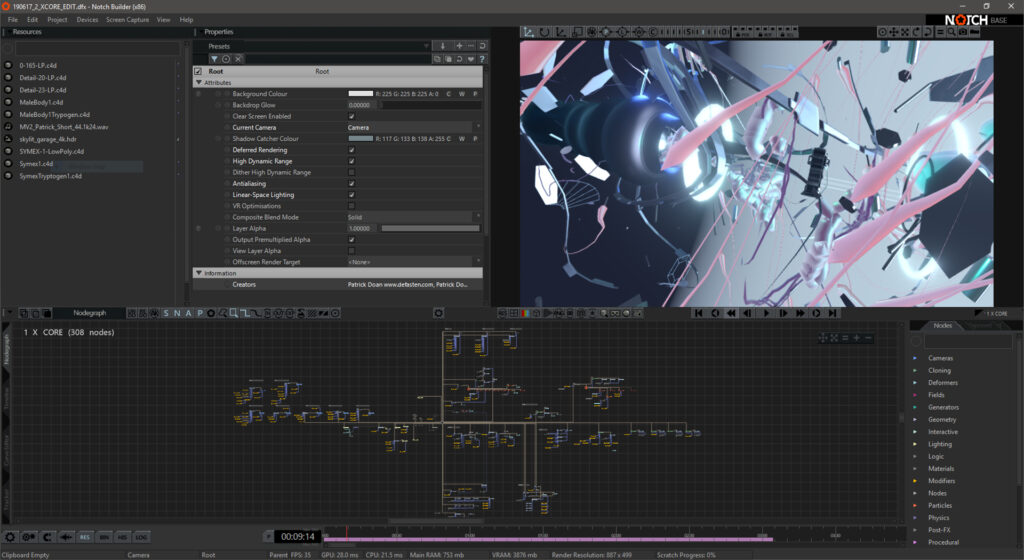 “Yaporigami’s music is a combination of sculptural techno, glitch, breakcore, and various experimental forms within the spectrum of electronic music. We brainstormed some ideas for the music video and felt biomorphism, mutation and deep sea lifeforms were themes we wanted to explore further. I wanted to create something that could be an alien lifeform or a genetically manipulated sea creature – or both. Yu wanted something explosive.”

“I began with some basic prototypes from past works in Notch. I developed a structure using a mix of imported C4D models and 3D shapes created in Notch. The workflow was fluid, gradually layering elements and connecting shapes/parameters to Sound Modifiers.” 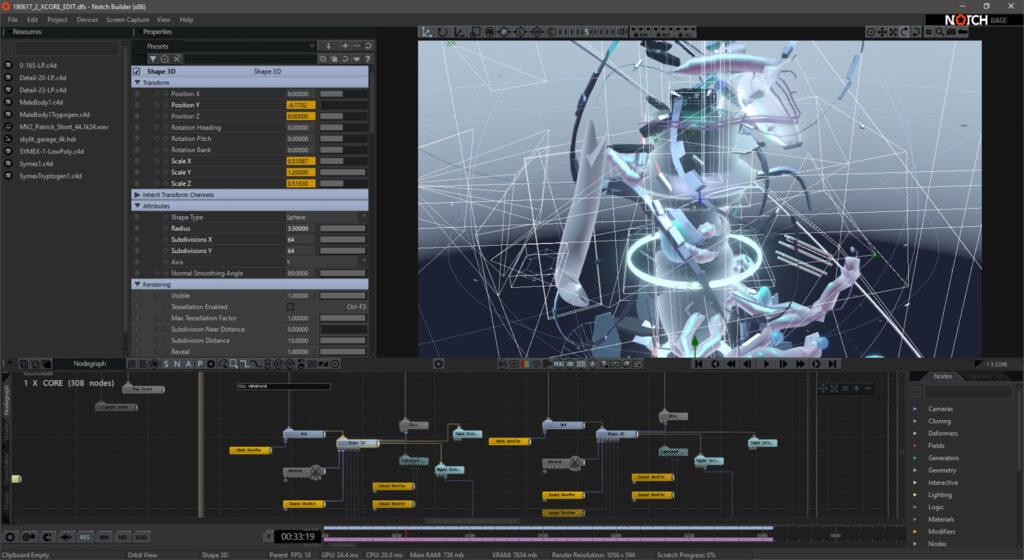 “The focus was on sound reactivity. I linked various parameters with Sound and Math Modifiers, making sure there was movement on most of the objects at all times. Time Stretch is also convenient, linking it with the Particle Root can control the speed/rate of emission of particles based on the sound levels.”

“The satisfaction of watching a scene come to life in real-time, with a high degree of finish, is why I love to work in Notch. You’re free to build without waiting for render previews. The complex and chaotic nature of this visual design would not have been possible in classic animation or rendering software. I would have been less patient and slower working on the scene.”

“XINRI D is ultimately a creative work. Yu gave me carte blanche to experiment with the design, and it’s been well received by his fans. We are interested in developing this aesthetic for future collaborations.”