“We couldn’t have created this piece without the incredible Notch features.” 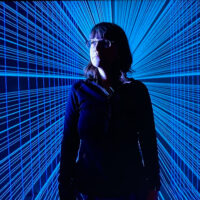 “Integrated Visions, founded by myself and Bryan Dodson, combines fine art training with a ground-up understanding of cutting edge technology. I entered the industry as a VJ and gradually evolved into a projection mapping specialist, creating immersive installations, projection content and public art. Since discovering Notch we have shifted focus from pre-rendered content to a real-time workflow. Recently, Bryan and I teamed up with an amazing group of people to form Choreograf Studios, which focuses on Extended Reality.”

“This was a self-directed project to refine our workflow for the creation of XR virtual sets. The work explores the concept of analogue versus digital. We live in a world that has an increasing number of digital technologies with capabilities accelerating at remarkable speeds. Even our bodies are merging with new digital technologies. With this video, we wanted to challenge and explore our physical relationship with technology.”

“Notch seemed the perfect tool to Extend Reality and surround the dancers in digital projection and in-camera VFX.” 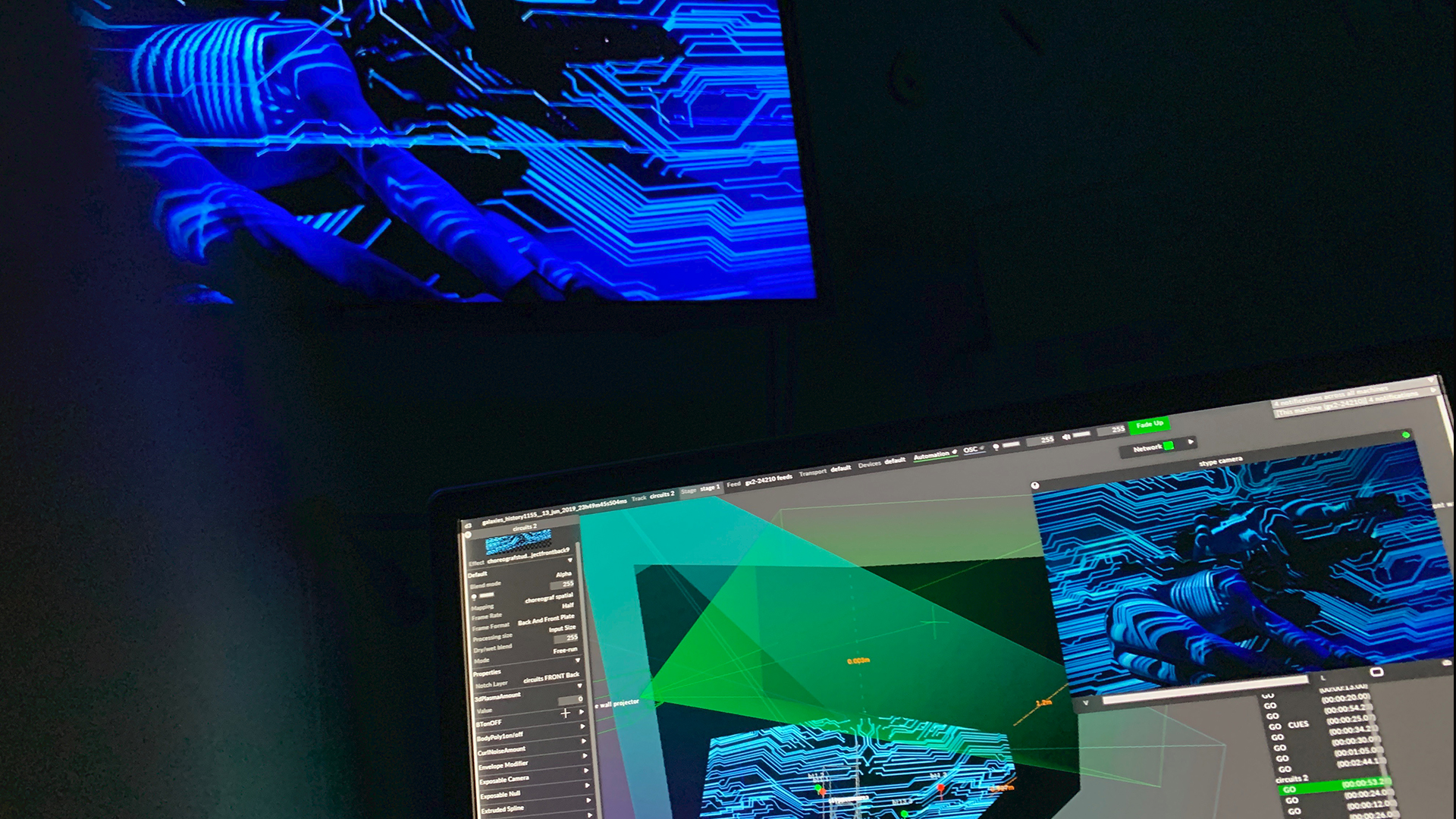 “All of the virtual sets were created in Notch by Bryan Dodson, Ted Pallas and myself, and then played back in the disguise gx2 media server. BlackTrax motion-tracking beacons attached to the dancers’ hands enabled the dancers to drive the location of the digital orbs of light created in Notch. Images of digital circuits illuminate the space and wrap around the dancers’ bodies. We used a Stype Redspy system within our disguise media server to track the camera’s location. This system enabled us to combine the virtual 3D environment with the real world camera.”

“At the beginning of the piece, literal 1’s and 0’s glow and float through the air as if they are stars. Then, images of digital circuits illuminate the space and project onto the dancers’ bodies, blurring the boundaries between physical and digital. In the piece, the body represents the ‘analogue signal’. It drives the digital orbs of light that appear and disappear — the representations of the digital and analogue swirl around into an indiscernible mix of movement and pattern. Finally, the whirling patterns and bodies coalesce again into the 1’s and 0’s, finding balance once again in the symbiotic harmony of the analogue and digital.” 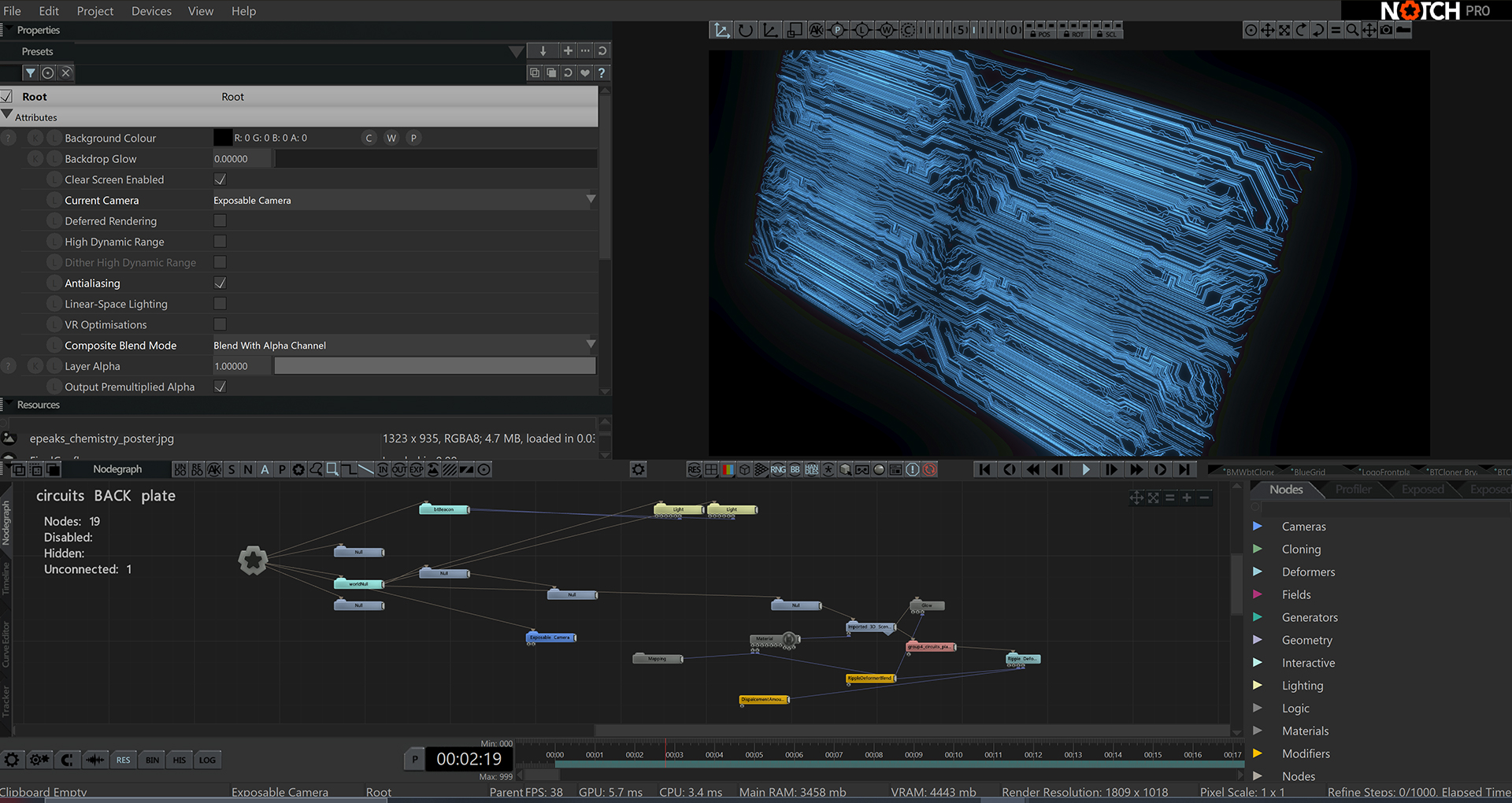 “During shooting, I was able to see the virtual environments and AR VFX in-camera in real-time.  It proved effective when directing the team on set as they could see the interaction between the physical and the virtual worlds. I found that the piece was organically evolving throughout filming, and I felt confident I was getting the shots I had envisioned.”

“We couldn’t have created this piece without the incredible Notch features such as the Exposable Camera, Cloners, Particle System, Multi-Camera (used to render a front and backplate as separate items), Clone to Particles, Cloner Effectors (attached to BlackTrax beacons for tracking), and Network Editing for real-time editing during tech rehearsals.”

“The video edit came out even better than we originally imagined because we could refine and explore throughout the creation process. The typical reaction of the viewer seems to be amazement and disbelief when I explain that the VFX were captured in-camera with minimal post-processing effects.”