Tenorless and Jade Cicada took audiences on a vibrant journey to other dimensions for the first ever Secret Dreams Festival.

Earlier this year, visual artist Tenorless was approached by longtime collaborator Jade Cicada to work on the musician’s headlining performance at the inaugural Secret Dreams Music & Arts Festival in Ohio. They asked for transportive looks that would take spectators to abstract audiovisual realms.

Secret Dreams Productions initially had the idea to build a stage specifically for bass-heavy electronic music featuring a Funktion One Vero Sound System. Dubbing this concept the “Portal Stage,” Antic Studios designed a three-dimensional LED platform with a circular structure in the middle surrounded by an array of lasers.

Tenorless created bespoke material based on Jade Cicada’s pixel map, focusing on tunnels, vortexes, and other radial imagery. The visualist combined TouchDesigner’s media server and performance UI capabilities with Notch’s 3D rendering and post effects to arrive at new aesthetics that were only possible by pairing the two programmes. As the artist noted, using NotchLC at its highest settings as a codec for pre-rendered looks made it impossible to discern between pre-rendered and real-time moments, creating a perfect fusion. 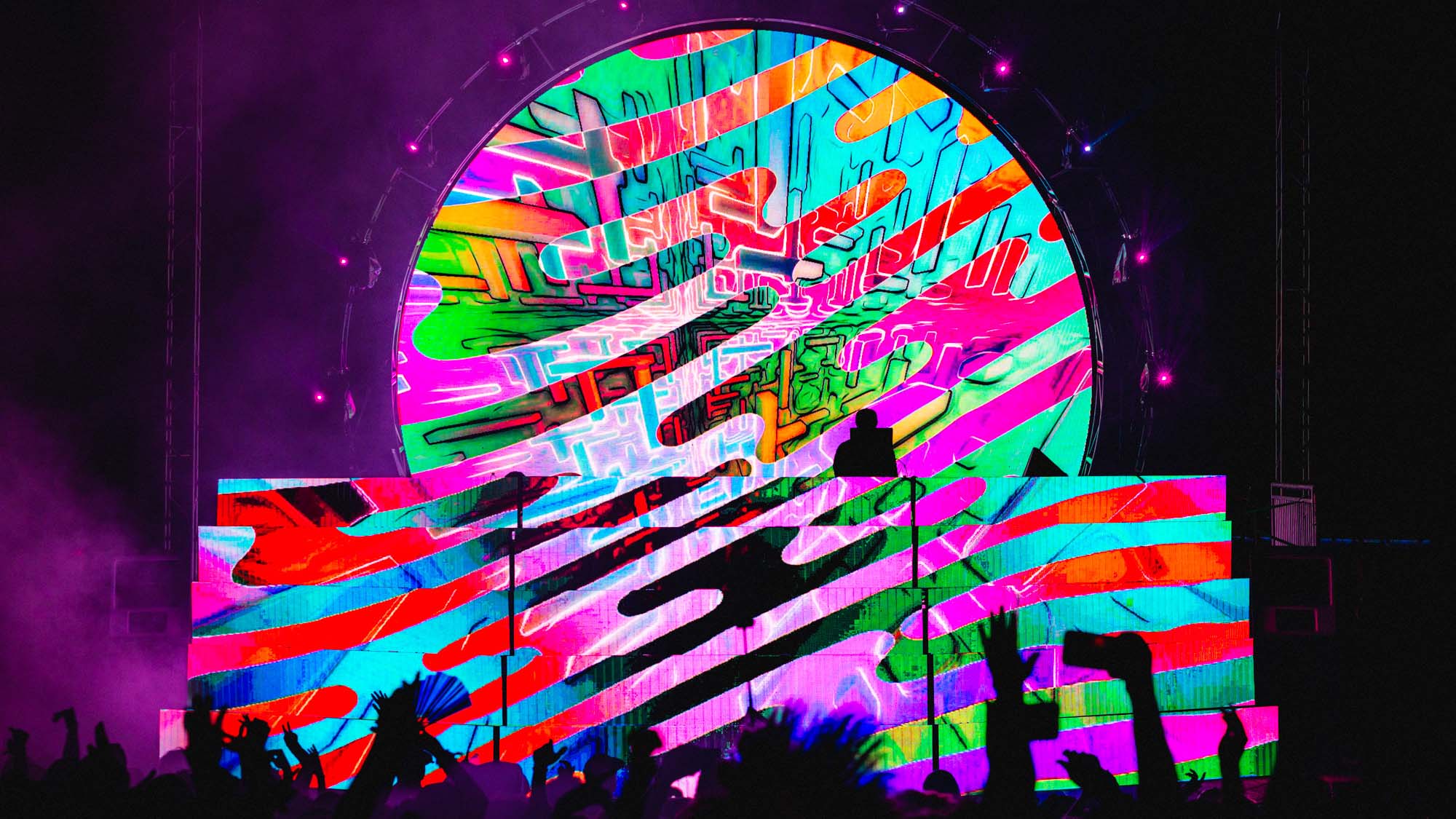 “With some environmental constraints beyond our control, the stage setup changed at the last minute, and we had to shift the orientation of our entire pixel map. Thanks to Notch, I could be hyper-flexible and re-render my work after making adjustments just hours before the performance.”