2022 was Kid Cudi’s biggest year yet: he released a new album and TV series, starred in and produced a movie, launched his own festival alongside performing at many others, and toured for the first time in roughly six years. For this tour, RenderFilth‘s Eric May led video design and integration, calling Raw Cereal‘s Anders Rahm to help produce.

As Rahm noted, since Coachella 2018, Notch has been an integral part of the creative process for all of Cudi’s live shows. Early on, the team would simply use Notch for video effects, but as it became a staple, they began using it to develop more traditional show materials. As such, the team reached out to Notch Designers Tanner Thompson and Vello Virkhaus for additional help.

May and Rahm used Notch to enhance and obscure Cudi’s well-known “Man on the Moon” image. They combined vintage photographs, futuristic cityscapes, lasers, neon, and a physical spaceship to create an ever-changing swirl of psychedelia, cohesively tying together the artist’s music and design sensibilities.

On the latest European leg of the tour, the creative team used these visuals to connect Cudi and his fans: the Notch elements helped widen the stage and area that could be used for visuals, resulting in an all-around more immersive experience for audiences. Concertgoers on social media specifically called out the team’s aesthetic efforts as an important showpiece. 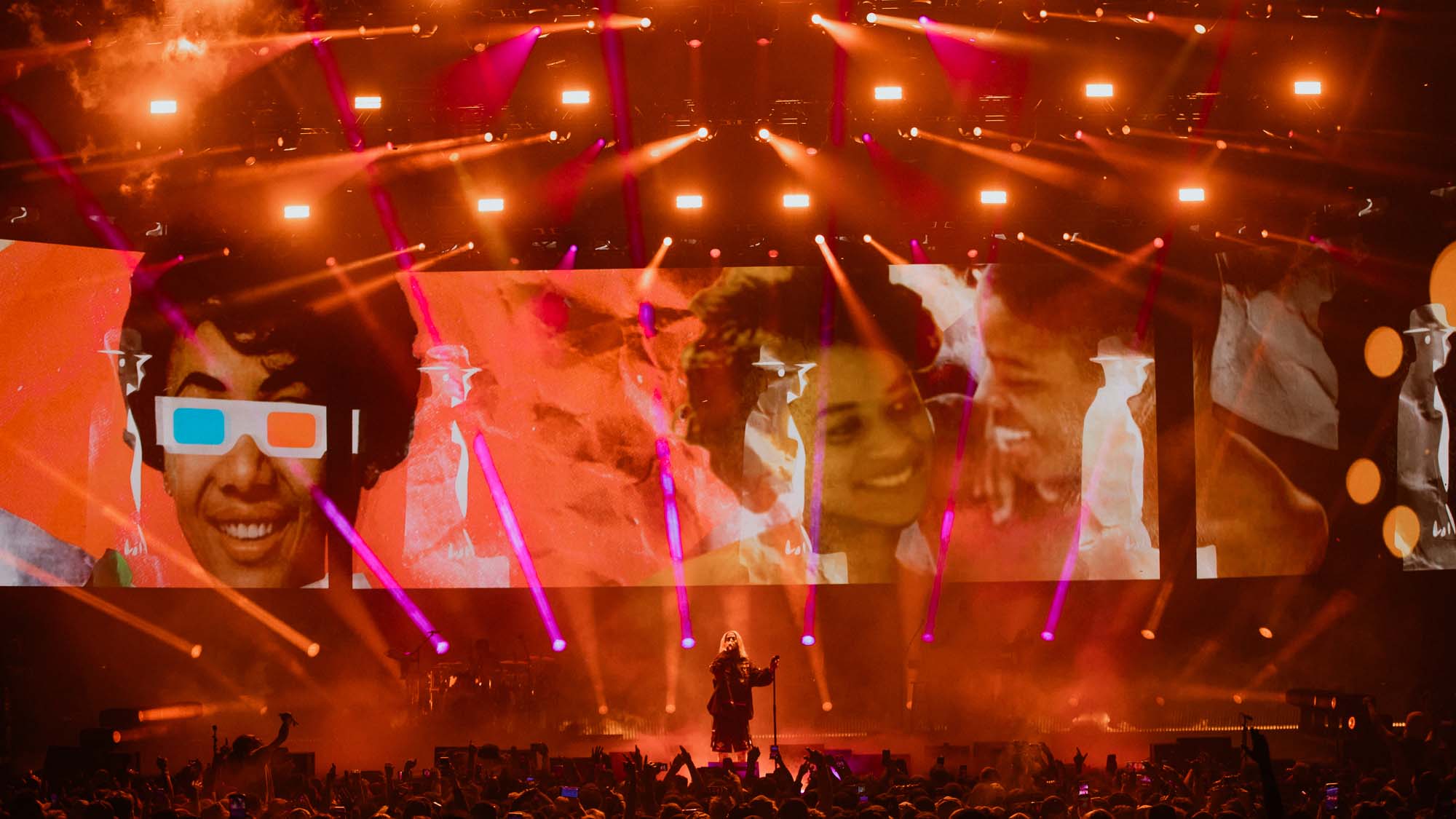 “Notch enabled us to develop a toolbox allowing for smooth integration between all creative parties.” 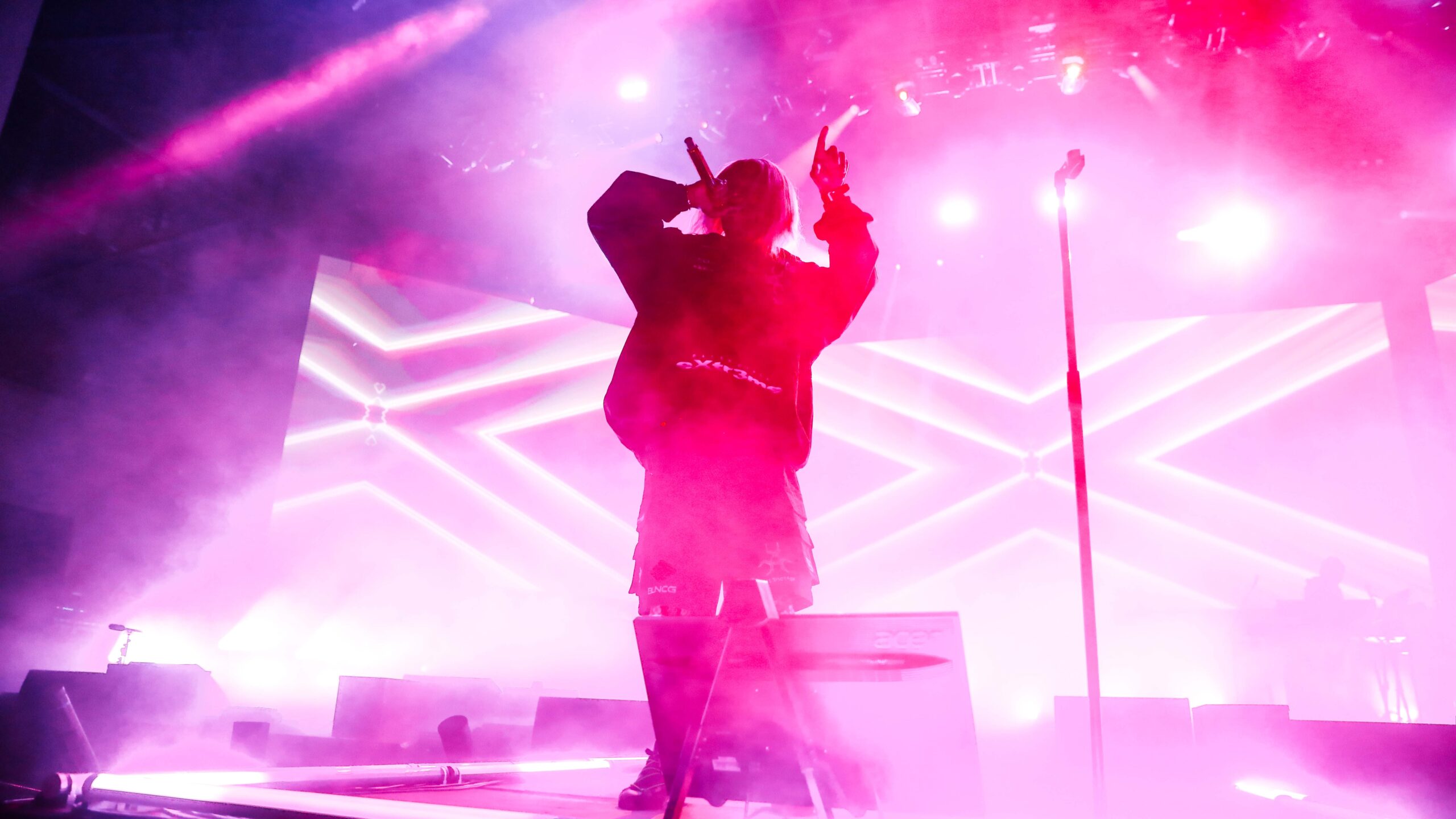 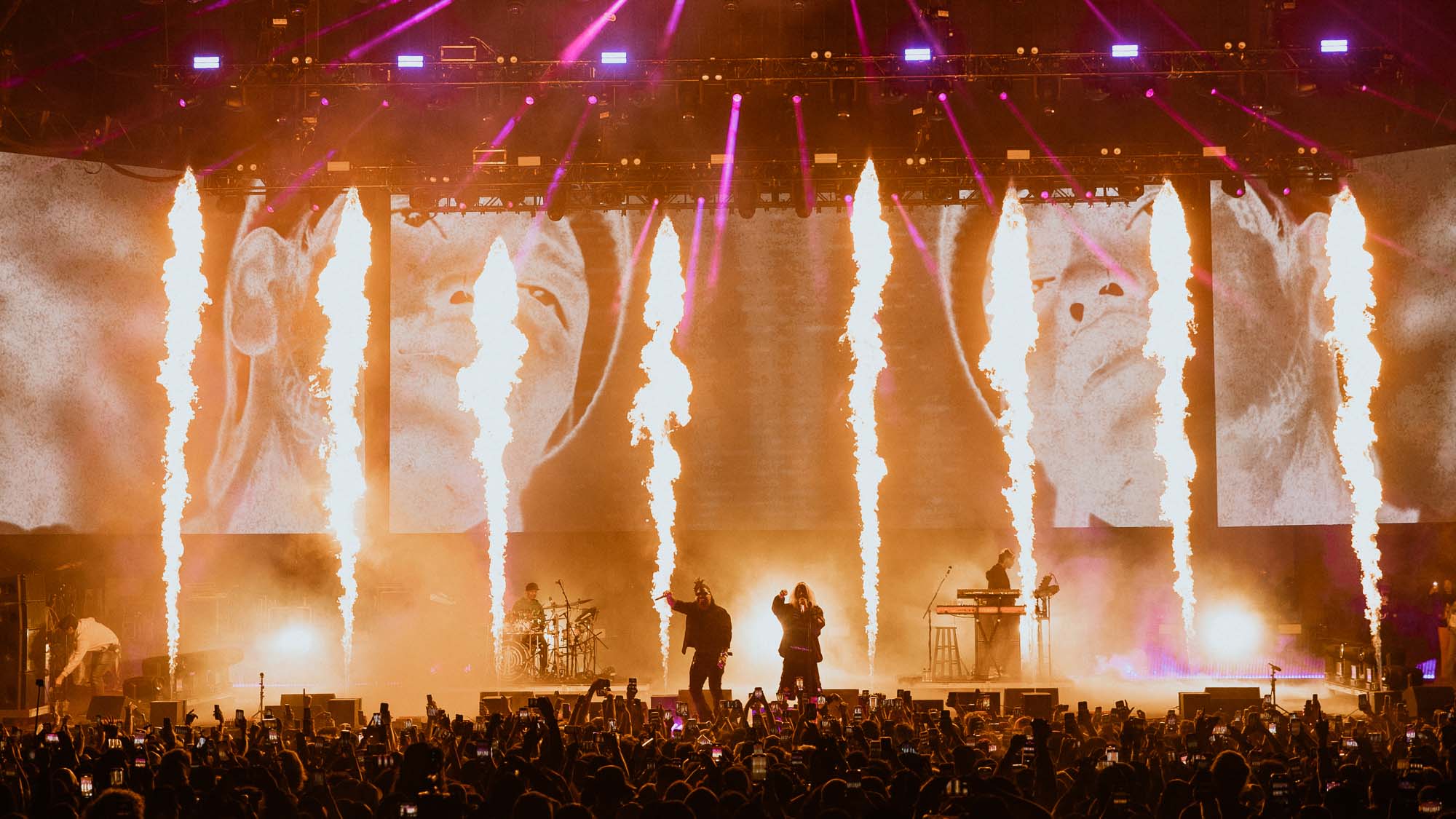 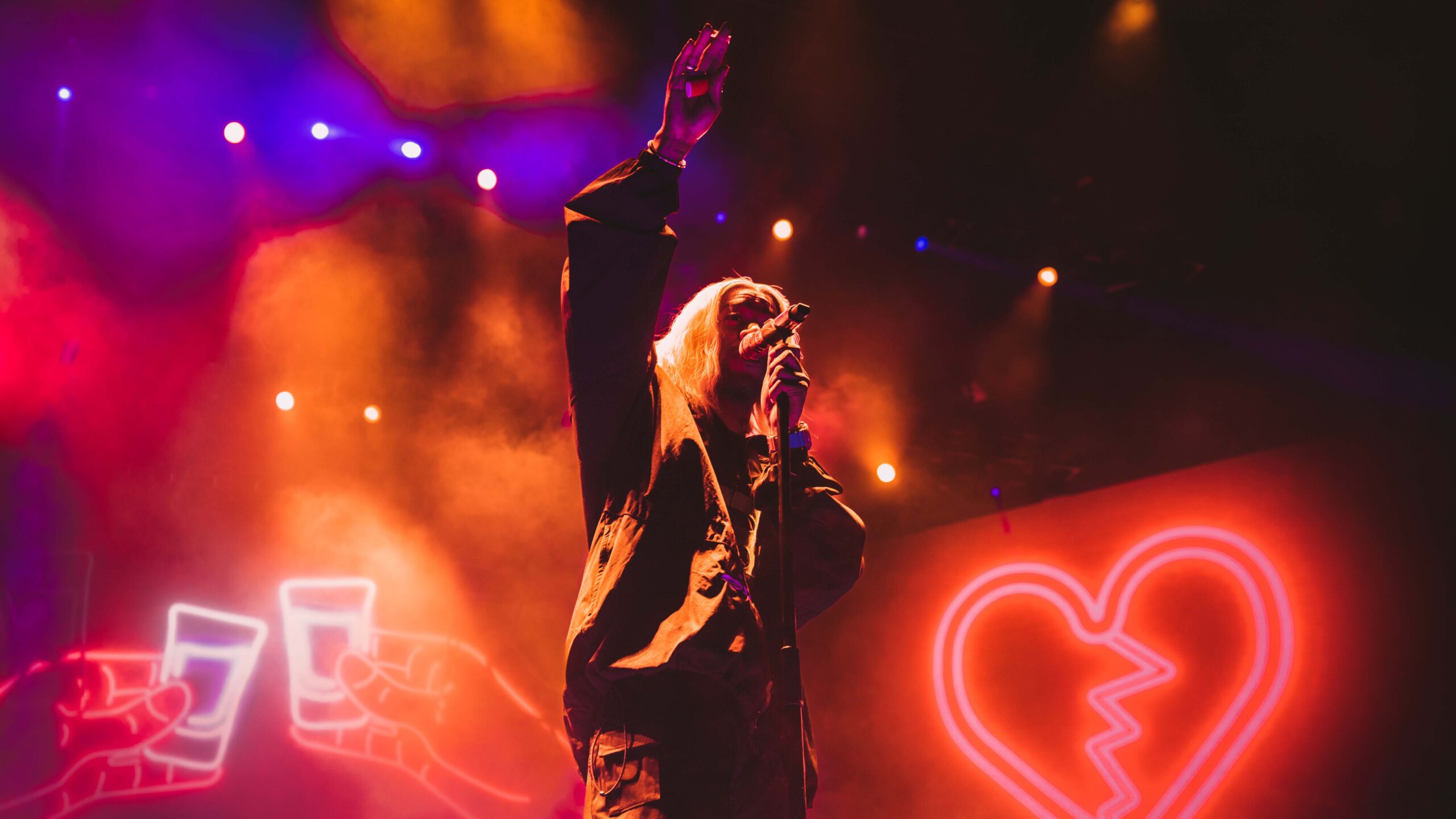 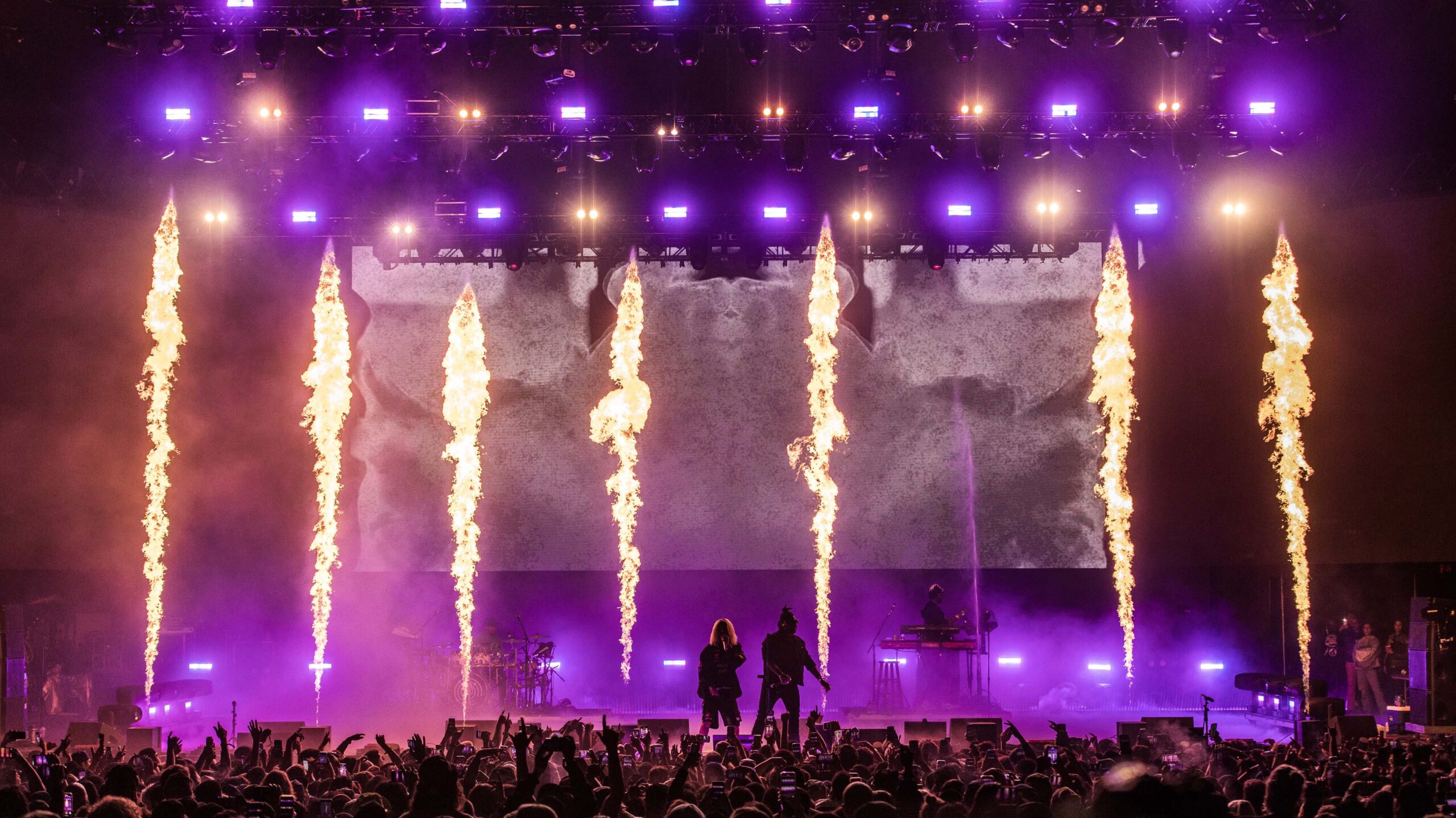 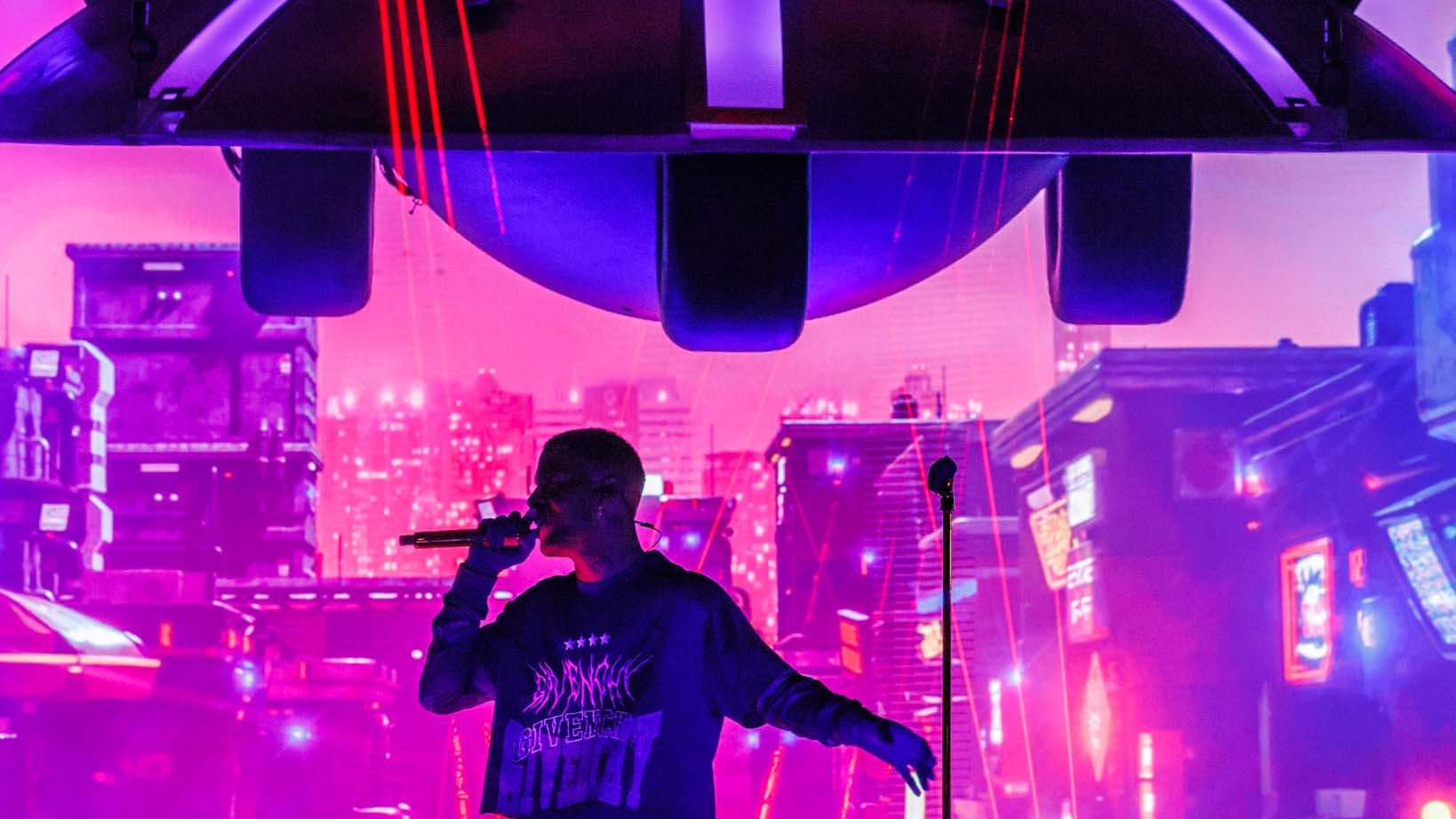 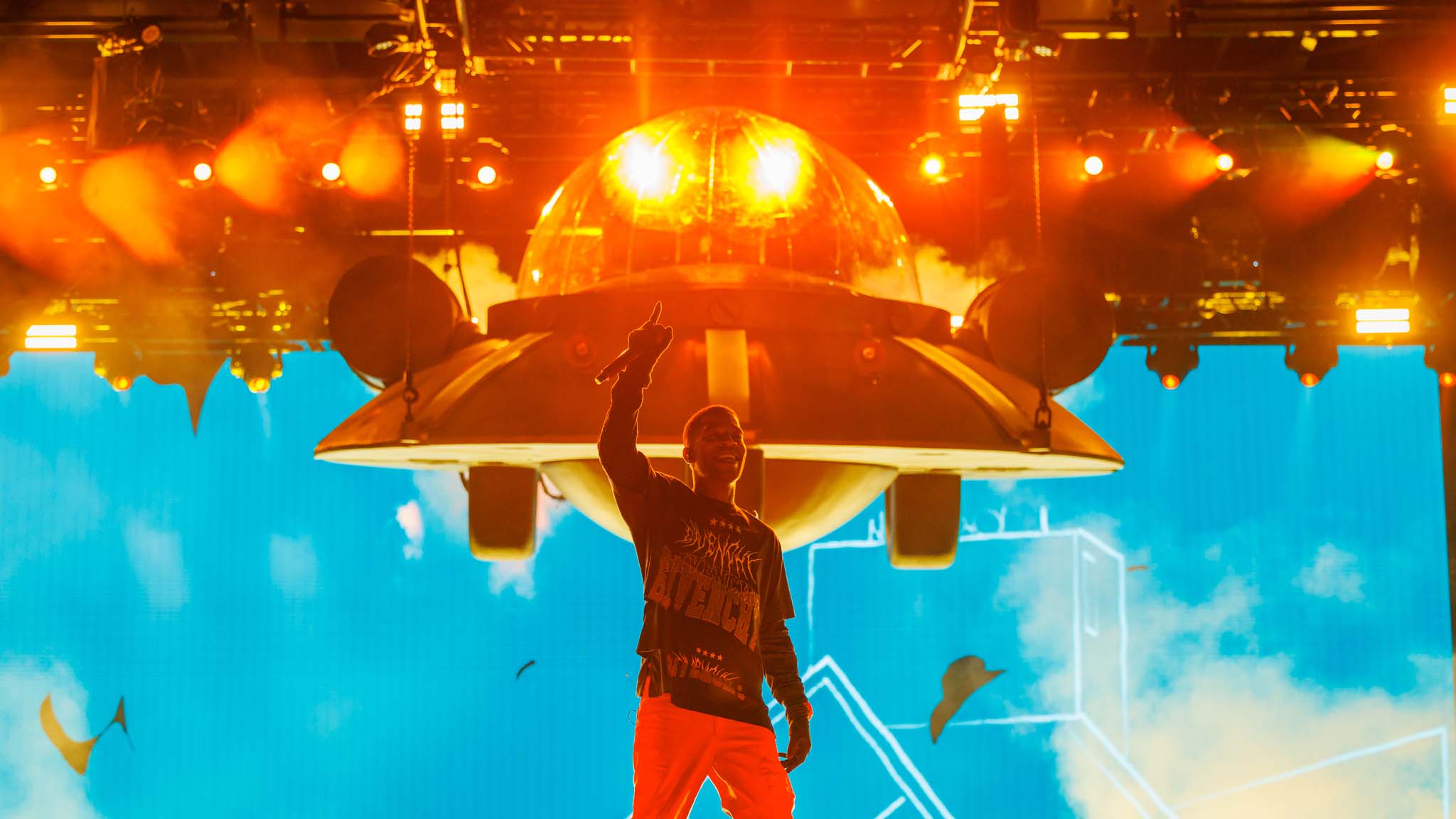 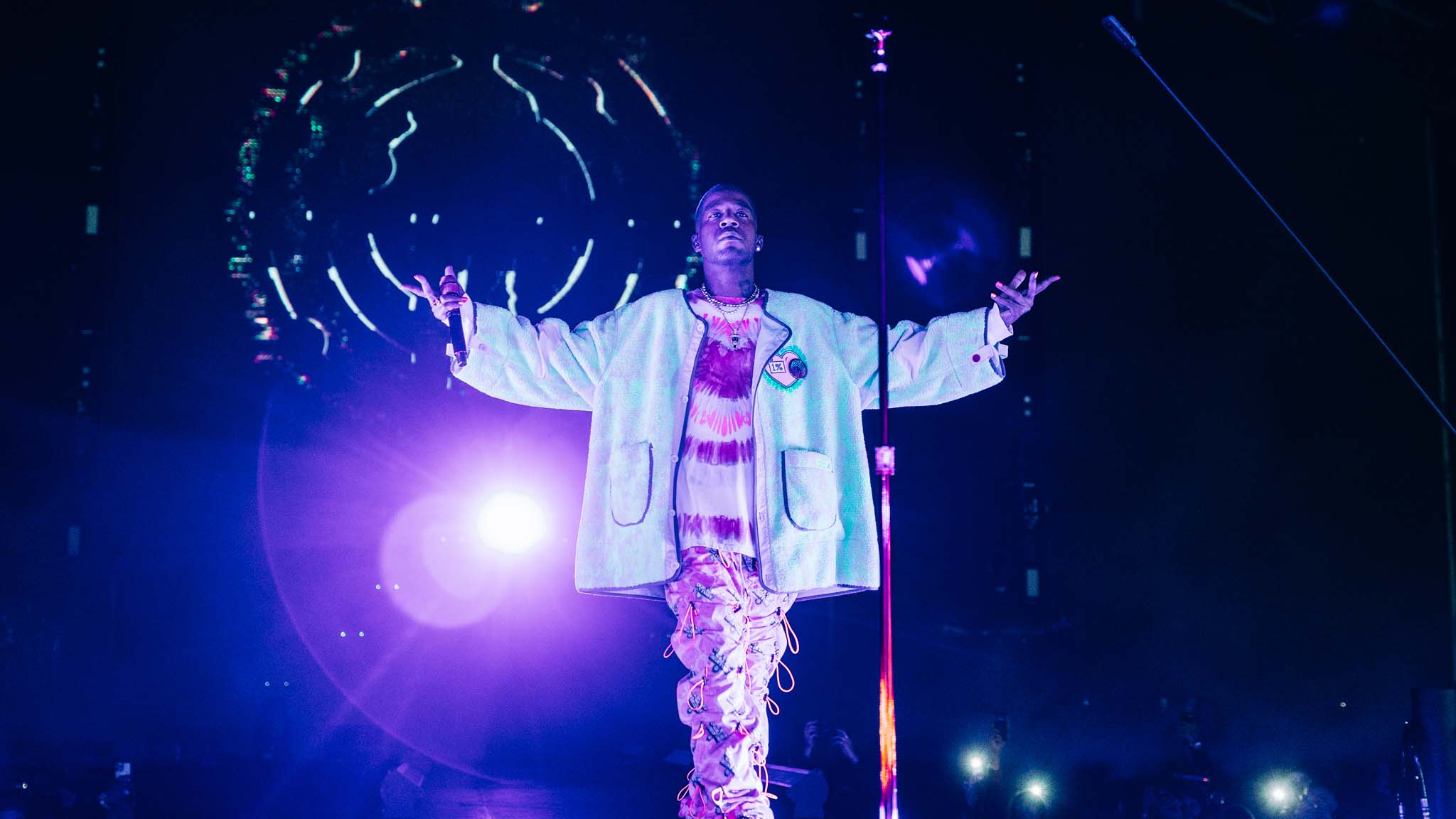