“Notch has been an incredible tool for real-time and rendered content.”

BTS is a seven-member boy band from Seoul in Korea that is taking the world by storm. The Love Yourself World tour sold over 1 million tickets worldwide and hit stadiums in the US, Europe, Asia and South America. All of it Now created rendered stage content, IMAG effects, AR content, and the technical integration of the entire AR system. This production is a world first, using integrated AR camera system on a touring show. Kevin Zhu, designer and technical director of the AR elements for the show shares his design story: 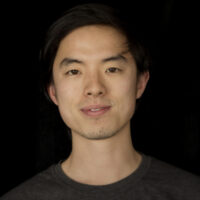 Kevin Zhu, Senior Designer, All of it Now

“I’ve always had an enjoyment of art and design, although I am not classically trained in it. I studied engineering at University, and went into bio-engineering. I realised that working in a lab was not quite the right fit for me, so I traded it in for working in a studio. I began experimenting with audio-visual LED installations, which is how I met Howard Wong and Danny Firpo, founders of All of it Now. We started with projection mapping and VJing, and have grown into where we are today.”

“BTS spans so many genres and moods with their music that it’s hard to pin it down to a single process. The show design unifies video, lighting, automation, lasers, pyro and special effects. The stage design maximises audience visibility for the slick dance moves of all seven members.”

“We were really excited to implement some of these AR technologies we had seen in live broadcast into a touring environment. Our clients Big Hit and Plan A, were interested in creating something special and never seen before. It was an opportunity to try something new.”

“For this project, the majority of the rendered content was created onsite. We had worked with FragmentNine and the BTS crew last year, so we had already developed some creative shorthand communication, but Notch was also an essential element to this workflow. We used Notch as both a rendered motion graphics tool and a live generative AR pipeline, producing visual cohesion between screens content and AR content.”

“While we were in LA doing rehearsals on the AR system, Plan A and Big hit came to the studio and had a play with the system. It was an enjoyable part of the development process where the team was able to draw particles in the air and experience this free-flowing form of interaction.”

“The hardest thing is setting up the cameras to ensure they are accurately calibrated. It’s never perfect, but the more time you spend with it, the better the result. That is the most challenging element of deploying this set up in a live touring scenario. Every venue will require a different set-up and calibration.”

“Notch has been an incredible tool for real-time and rendered content. The most exciting tools we’re currently exploring are AR and XR oriented. What I love about AR, is the ability to not just control 2D space on a screen but to be able to extend content into the 3D world, I find that extremely exciting. With Notch, we can create the illusion of an animated 3D element being a part of the real world by making real-time adjustments to give it a sense of volume.”