“Notch has endless applications in new media art and design.” 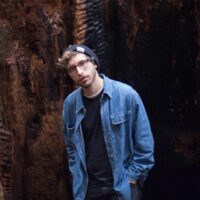 “I’ve been using Notch for about two years now and can say that it has endless applications in new media art and design. I work with the kind folks at All of it Now creating interactive and experiential installations. Outside of that, I try to devote my time to working on audio/visual collaborations with musicians and artists. Dylan and I have known each other since we were kids, it’s crazy to think that we’re still at it making artwork together.” 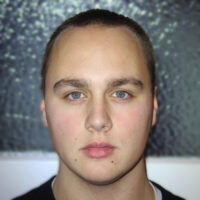 “I’m currently a freelance music video director based in Chicago, so my clients are mostly artists from the area. I come from a background in both experimental film and music, so music videos were a natural progression from there.”

Cody: “Dylan and I have worked together on a handful of projects over the past years, so we understand and respect each other’s visual language. We’re both big fans of layered and processed video. He’ll come to me with an edit, and I’ll take it into Notch to see what effects I can come up with.”

Dylan: “I had some different techniques I knew I wanted to try for ‘DIP’, such as filming on a Snorricam camera rig. Jake Mela had created a dance move for the song, so it was important to focus on his performance and energy. I wanted the video to feel natural and organic.” 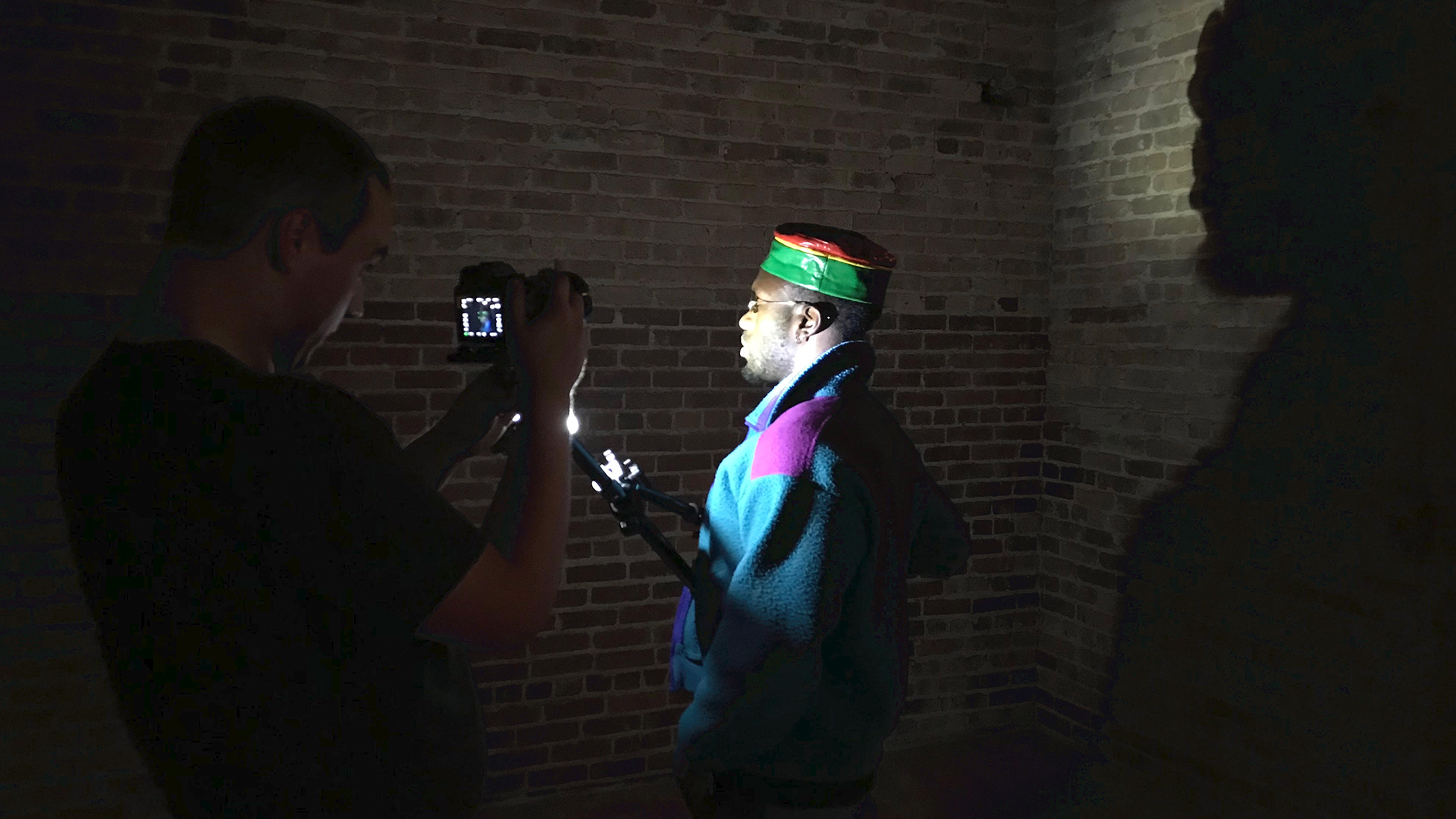 Cody: “This project was largely exploratory for the both of us. Dylan had a few ideas for effects that he was curious about, but ultimately it came down to just trying out different effects and seeing what we liked. The ease and speed of Notch’s interface allowed us to experiment with several effects in real-time and make decisions based on what we saw.” 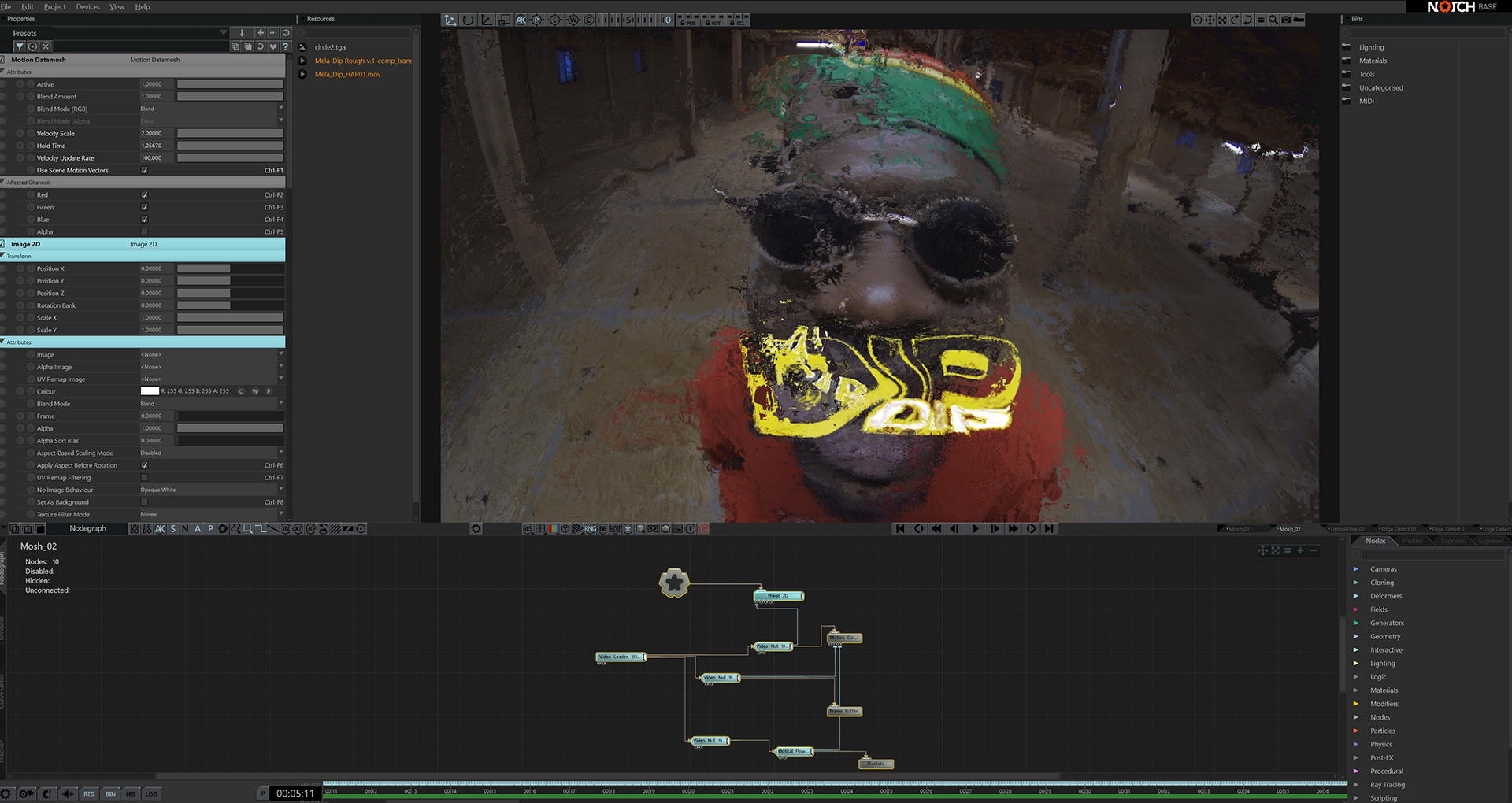 “The Motion Datamosh node in Notch is a particularly delicate effect, the parameters had to be tuned just right to get the effect we were looking for. Ultimately though, the node graph was pretty simple – a Frame Buffer, a pixelated Optical Flow, and a series of Video Nulls all fed back into the master Motion Datamosh post effect.” 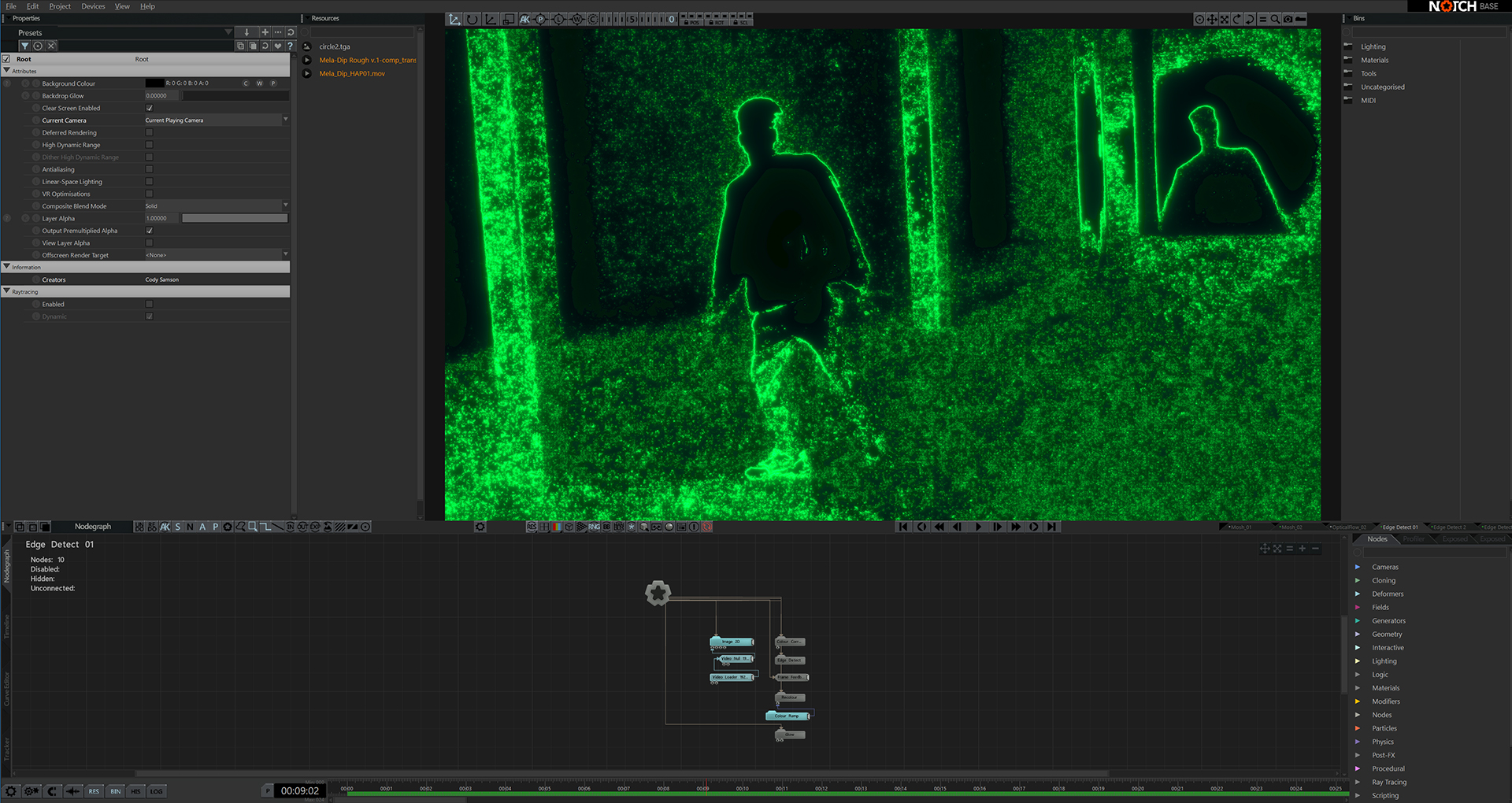 Dylan: “The green outline with black background effect was unexpected, but I loved the look and how it fits the feeling of the video. It reminded me of night vision which I’ve always wanted to experiment with.”

Dylan: “The video came out with the amount of energy and fun that I had imagined, but it ended up looking very different than its original inception. The whole process was filled with experimentation and trust. I learned a lot about going with gut feelings when it comes to developing the project and different effects.”

“Jake really loved the way the video came out and we’re planning on working closely for the coming future. I’m currently planning a new video with him for an unreleased track that’s similar to ‘DIP’. He lets me have creative control and it’s energizing to be trusted by such a talented artist.”