FRAY Studio created a mesmerising and fast-moving roller dance performance for the closing act of the 2022 Europe Music Awards.

In 2022, FRAY Studio were asked to create content for the closing act of the MTV Europe Music Awards (EMAs). The performance by Spinall, Äyanna, Nasty C, and Flipper’s World involved tracking twenty-four performers, including ten roller skaters, dancers, and the artists themselves.

FRAY shifted through two primary sets of visuals, each adhering to their “80s roller disco” brief complete with bold colours and shapes. Within said sets, they created many unique looks by using node trails, particles, cloners, collisions, and various other effects. The team created different trails for the skaters and artists, more stationary collision events for the dancers, and multiple different effects specifically for Äyanna, including a large sonic boom of particles to accompany the song’s peak moment.

To maintain a seamless and optimised performance, the team created all effects within the same Notch layer, resulting in a thousand-node Notch Block and over a hundred exposed parameters. The FRAY team attached each performer’s effects to a single exposable null, allowing them to easily configure their Blacktrax tracking data and attach it to a single point per performer. Doing so gave performers maximum flexibility to move around throughout the show without worrying about spike marks for specific movements.

“Notch allowed us to respond to the choreography and music to create dynamic moments reflecting individual performers’ movements.” 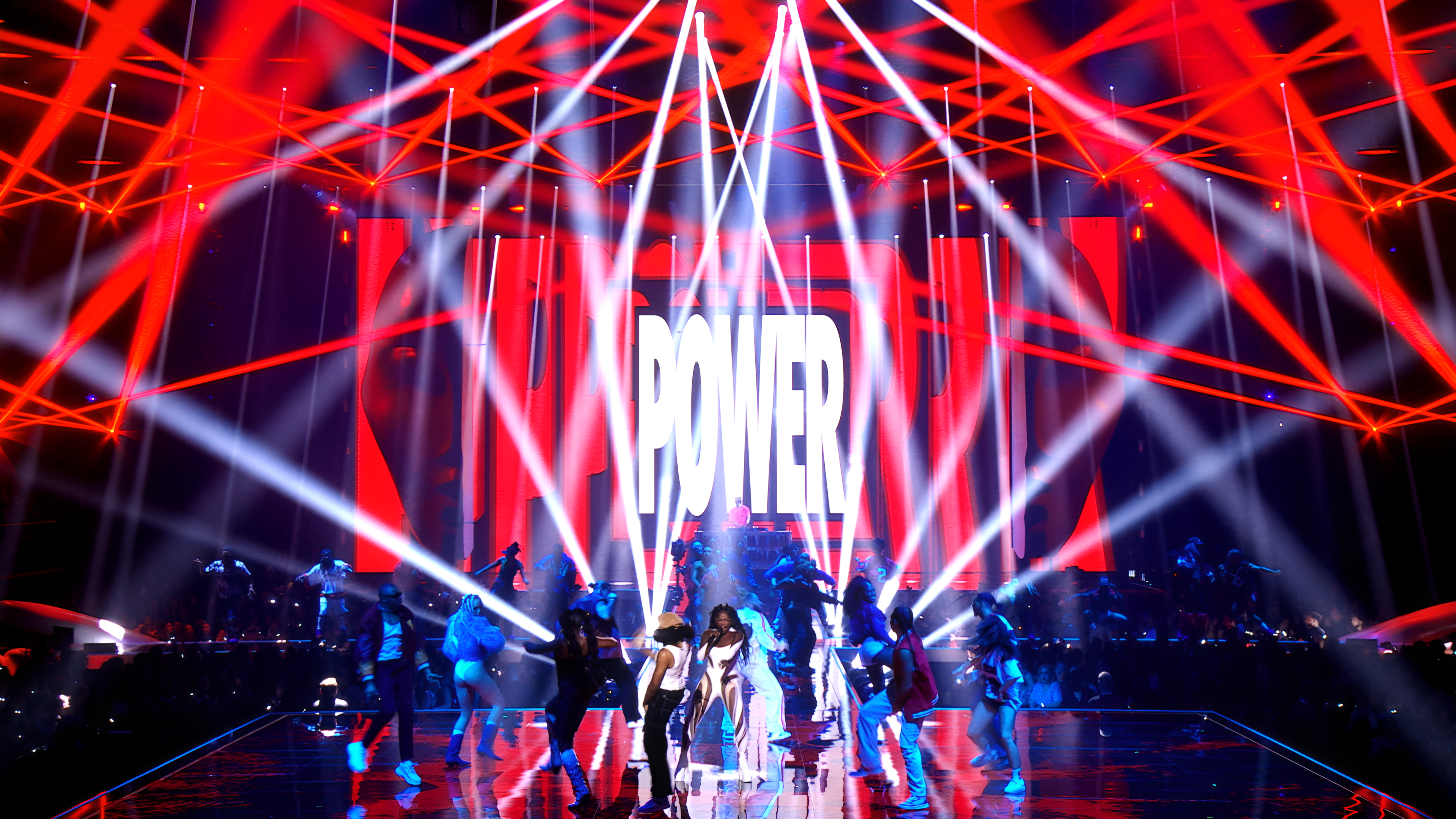 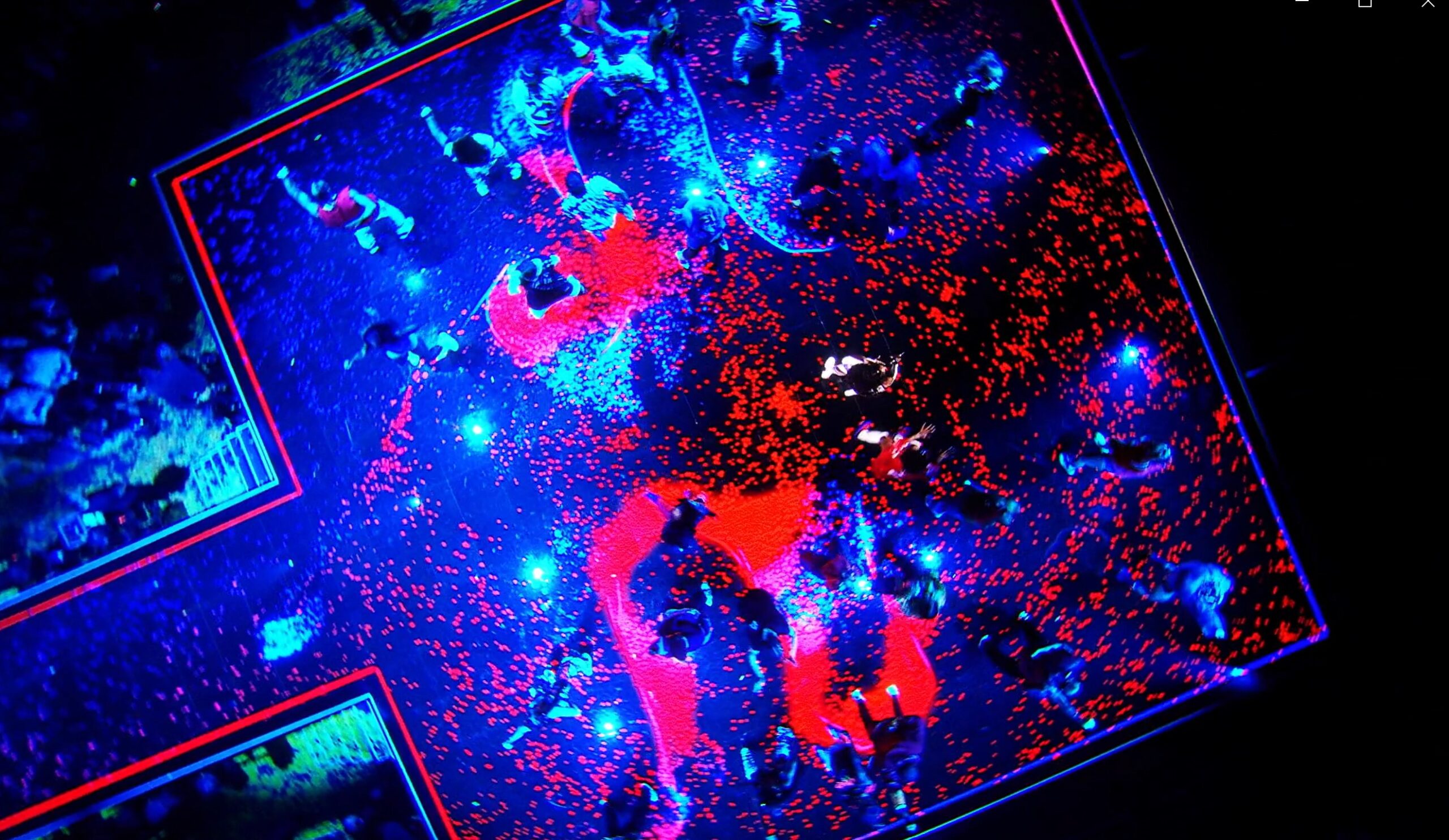 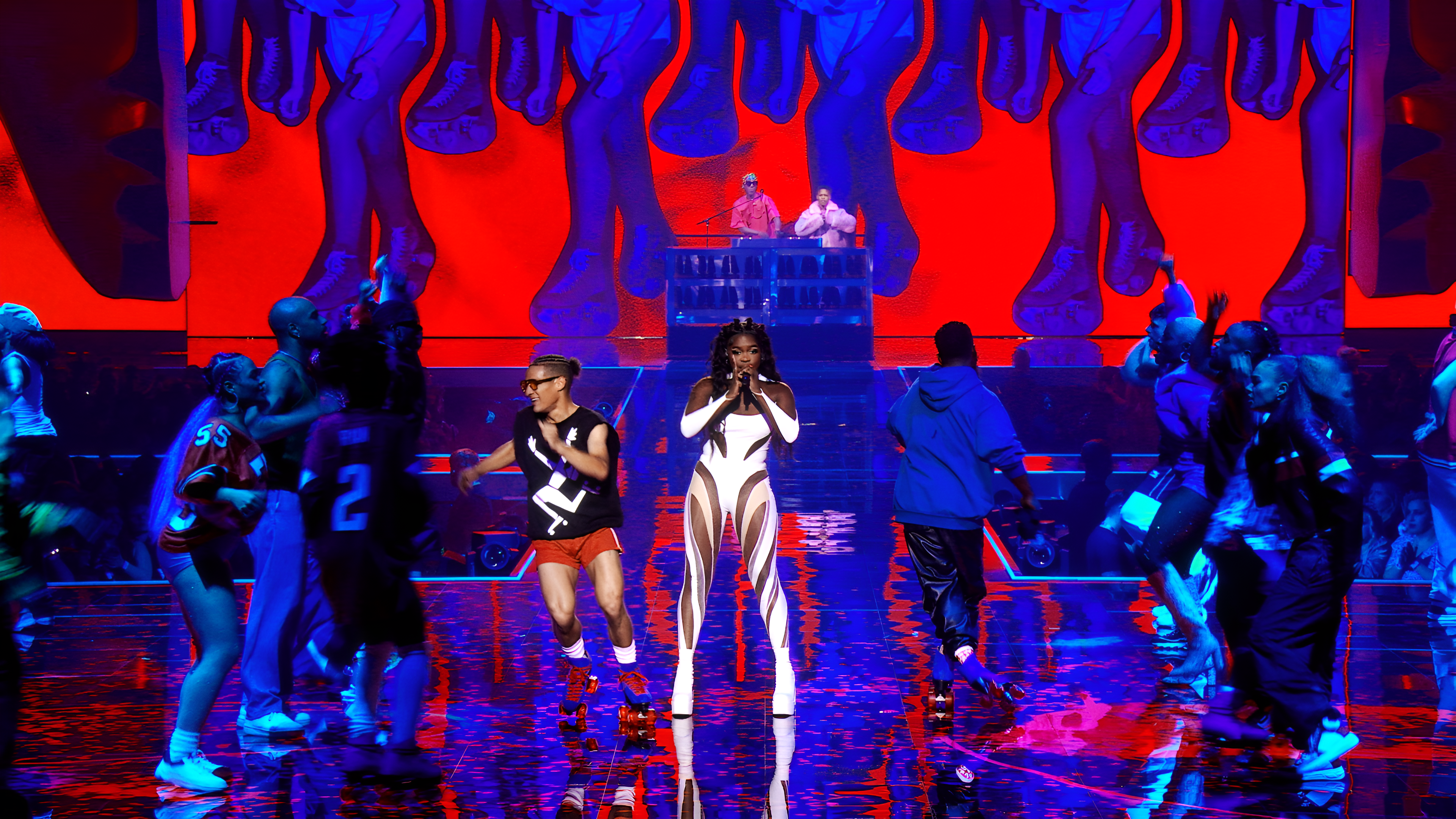 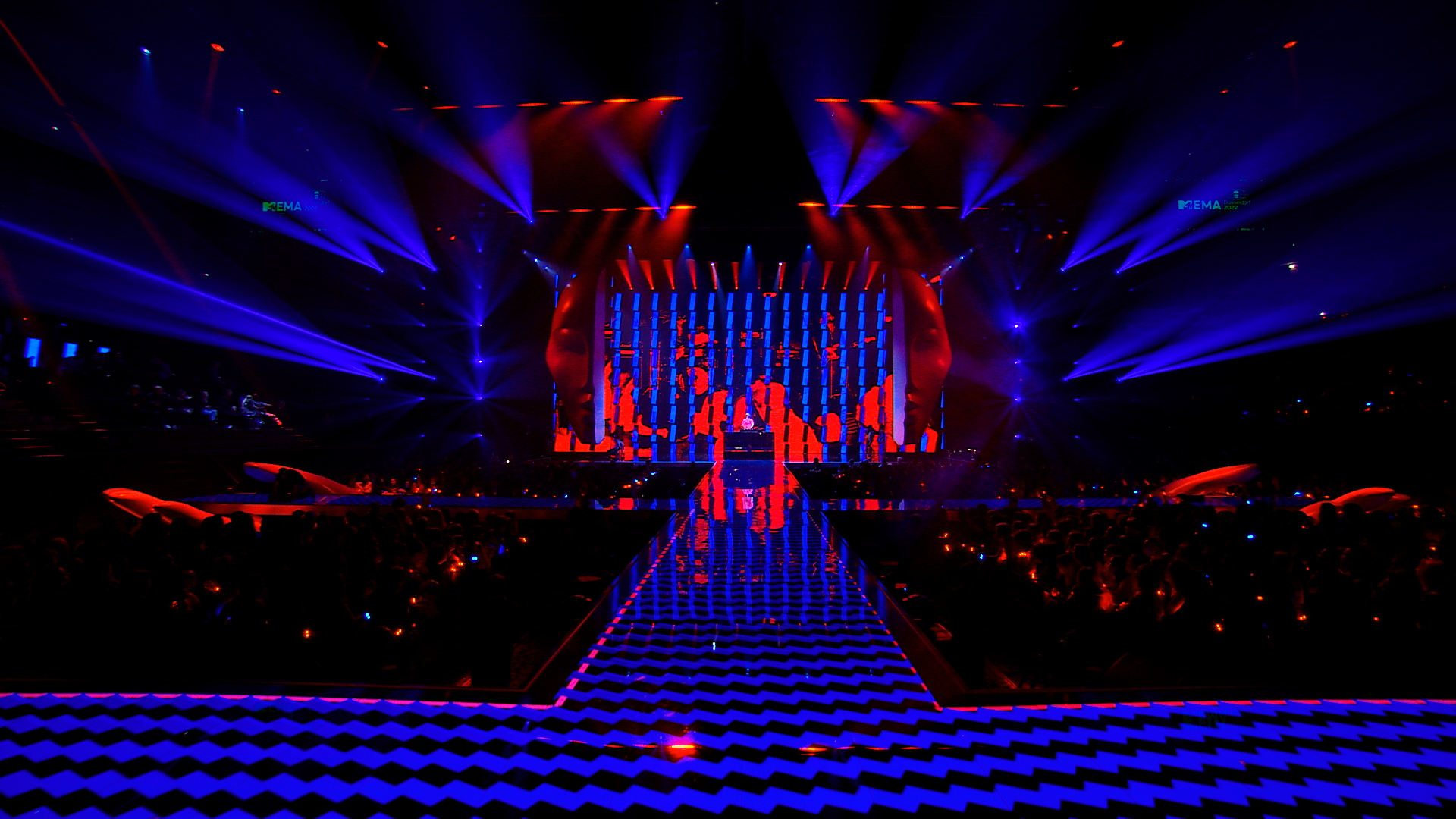 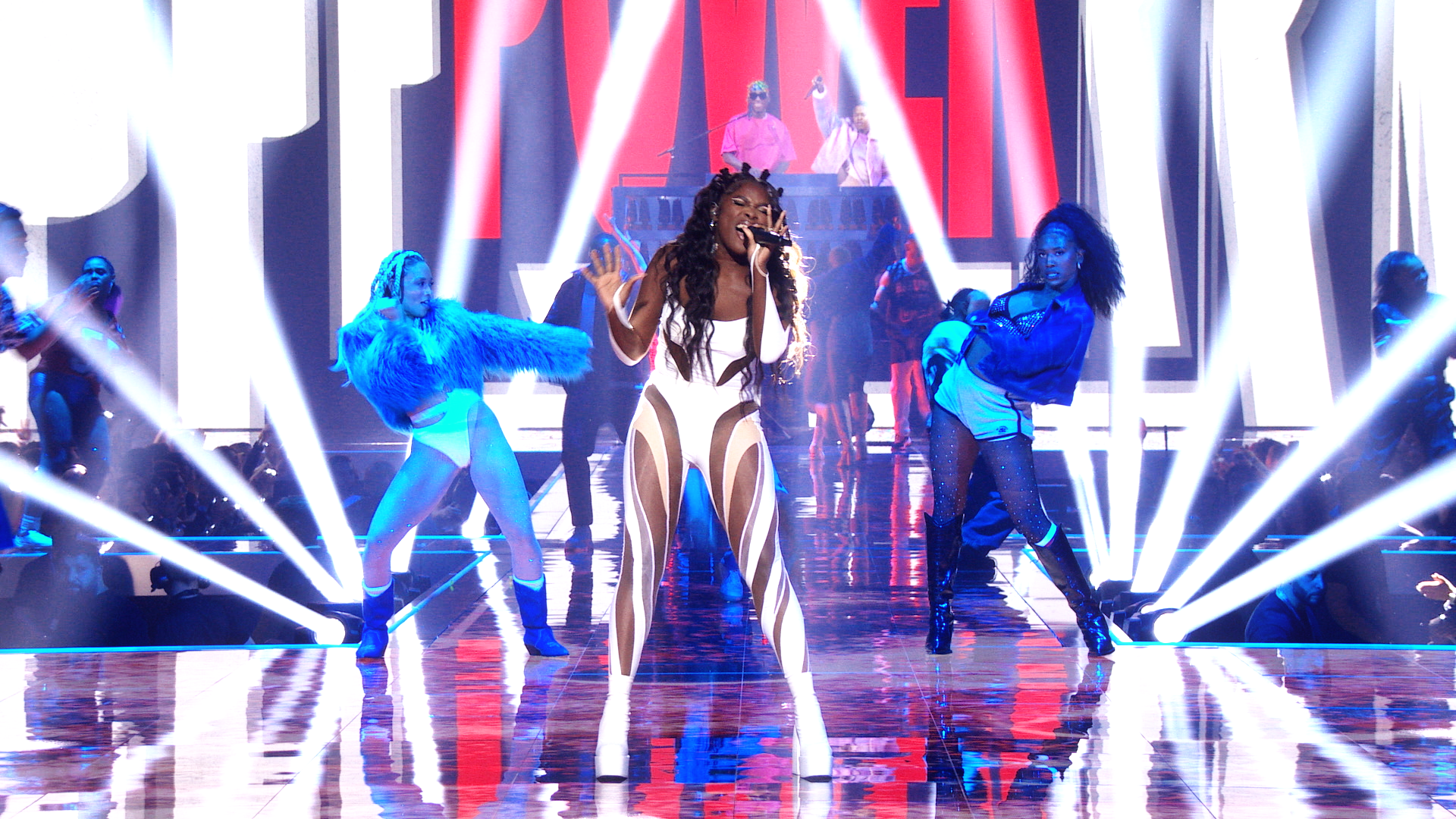 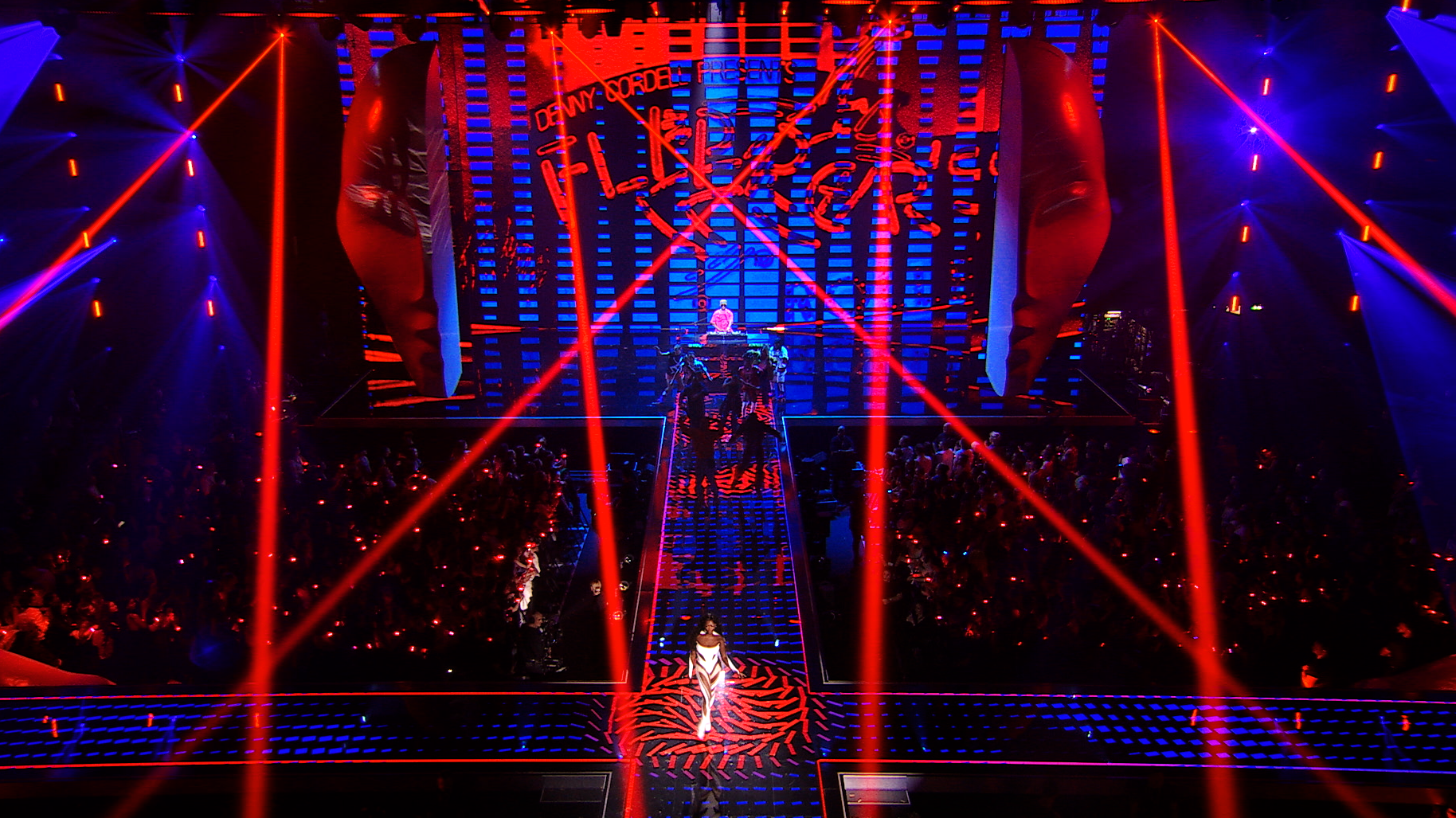