“These systems represent the future of production.”

‘A World Beyond’, the new music video from solo pop-artist Fleurie, tells a story which ventures across time and space. Behind the scenes is an equally adventurous story. The team at MEPTIK immerse Fleurie in underwater and intergalactic scenescapes using XR production design. Using real-time animation and positional data from BlackTrax, Fleurie interacts with the ethereal world around her. MEPTIK’s founders Sarah Linebaugh and Nick Rivero share their design story:. 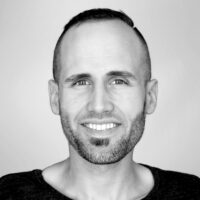 “I started working in live event production straight out of college and fell in love with the industry. I then got into concert touring where I was primarily video directing and technical engineering, this is where I met Sarah, and we first started working on projects together. Sarah and I started dating, we got married, and then we decided to start our own company together, MEPTIK. In the past few years, MEPTIK has grown and it’s been an incredible experience.” 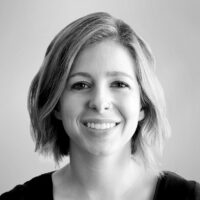 “I studied motion graphics at graduate school and went on to work in TV at a local news station. I loved the immediacy and thrill of working on live television. I’ve always been interested in taking graphics into live spaces and started freelancing in projection mapping. At MEPTIK, we still produce projection mapping projects; however, we love to take on unique and challenging projects. I’ve known music video director Elle Ginter for several years, and it’s been great to collaborate on Fleuries music video ‘A World Beyond’.”

Listen to our interview with Sarah and Nick, talking about the making of this music video, among other interesting topics:

Sarah: “Elle and Fleurie had an idea of the storyline for the video; however, she had a section of the video which she wanted to leave up to us. In the video, Fleurie travels through time and into different fantastical worlds. Elle wanted us to imagine the futuristic world, which we envisioned as a sci-fi tunnel, an underwater scenescape, and a space filled with ethereal light.”

Nick: “This production workflow is an innovation for the creative process. The digital set removes lengthy and expensive post-production processes, and instead allows us to make real-time editing decisions on site. We are saving our clients an enormous amount of time and money with one-and-done captures while offering a new experience for the performer by replacing the empty green void with visuals they can see and believe.” 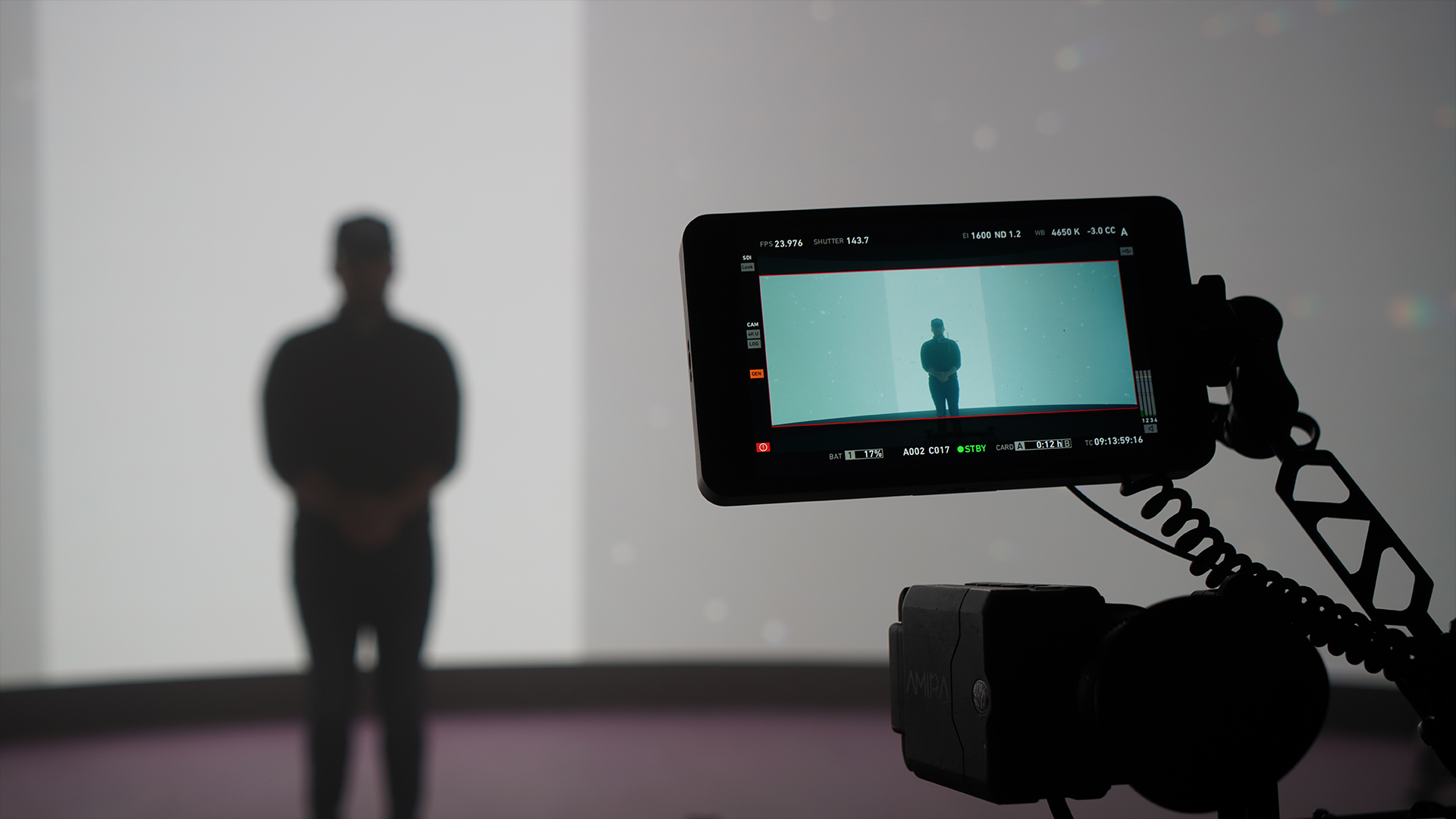 Sarah: “We sketched up what we thought would be a good sequence for the scenes, using the storyboards for the live-action scenes as a jumping-off point. We then spent a day with Elle refining our ideas into the final concept.”

“Once on set, we refined the scene even further to make sure all the elements were looking believable. We wanted the lighting in the scene to match the external lights on set. We tied our external lights to Notch so that the lights would flash across Fleurie in reaction to her motion. It helped Fleurie feel more immersed in the environment. We also made minor adjustments to bubbles and particles once we had the camera set up into position to ensure we were capturing the best looks possible.” 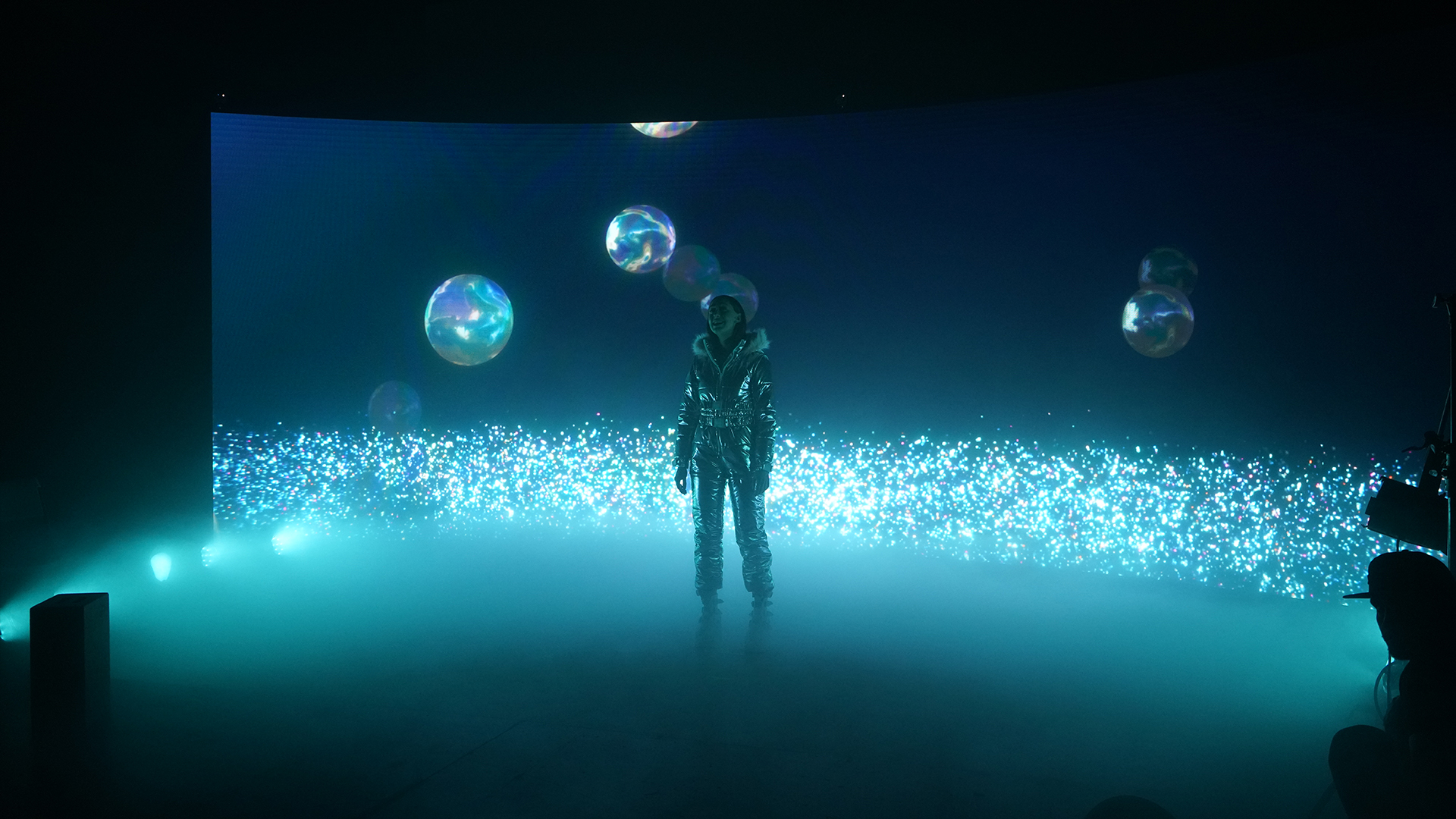 Nick: “We had some scenes that were affected by Fleurie’s movement. In a virtual, augmented environment, it adds that extra layer of engagement between the performer and the story. Fleurie found the interactive set incredible. As a non-actor, it was really beneficial for her to be able to see this virtual environment, to step into a dark room and be completely immersed in these fantastical visuals.”

Sarah: “For us, ‘A World Beyond’ pushed the boundaries of what we had created in the past; we were using our content creation workflow to create visuals for a new type of environment.”

Nick: “We are always asking ourselves what else can we do with software. With real-time production, we come up with an idea, and we create it, we test and then we spend a lot of time refining. We put a big emphasis on optimisation and making sure the project looks good but runs well. This process of ensuring performance almost takes the place of the render step.” 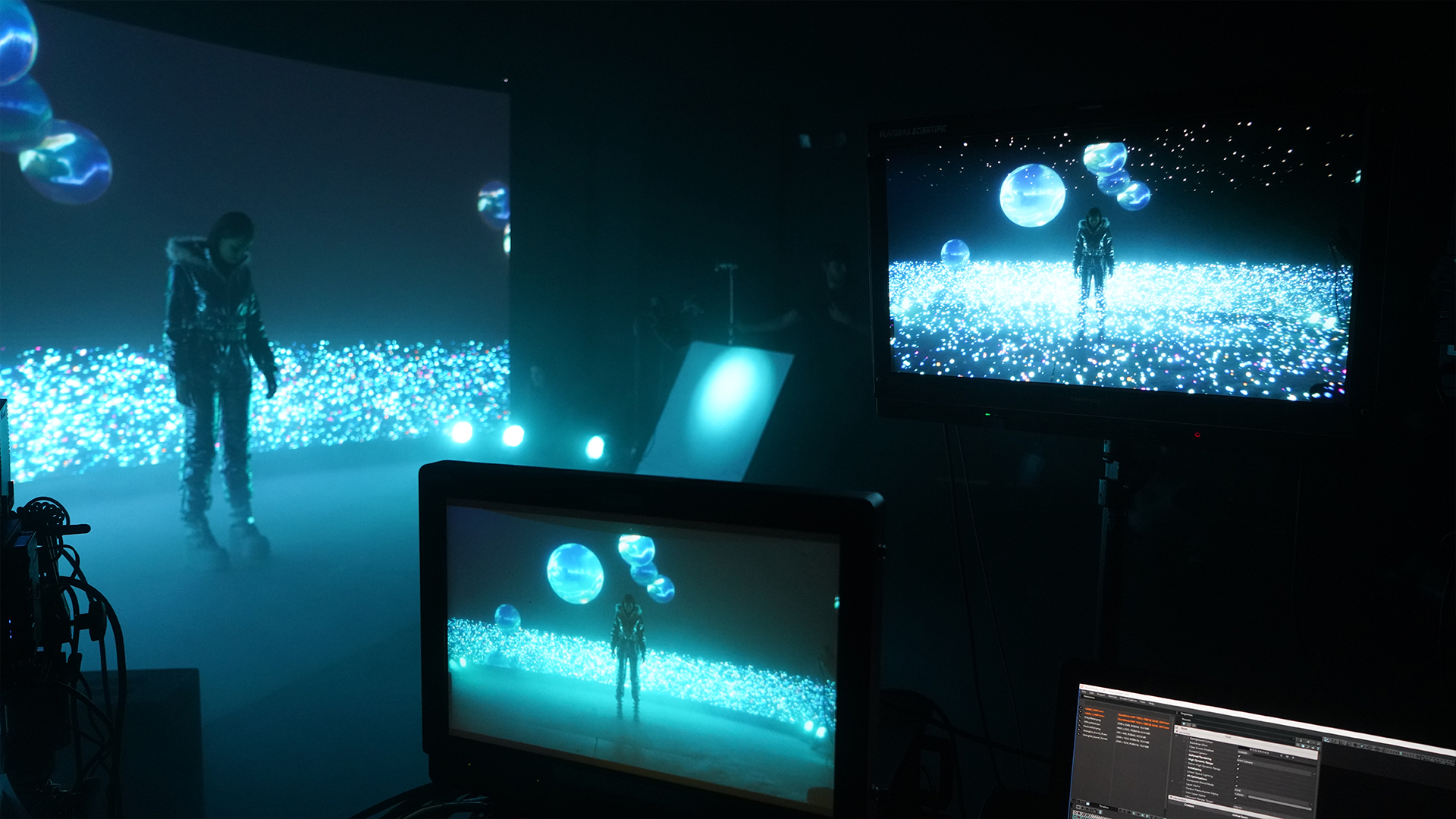 Sarah: “When we got onto set there was a buzz. This large LED wall playing out interactive visuals was something that the film crew hadn’t seen before. It was cool for them to be able to move the physical camera and see the digital world react to that; it felt more like being on a live set environment, except it was all digital. We were able to see the shots we were getting right there on set.”

Nick: “We believe that this music video offers a blueprint for directors and designers of larger productions that have grown tired of the long hours and high costs of traditional post-production processes. These systems represent the future of production, allowing creative professionals to build engaging virtual worlds that we can all live and innovate within.”