Boxcat Studio created a seamless combination of minimalism and maximalism for Lost Frequencies at this year’s Pinkpop and Rock in Evreux shows.

Starting with an in-house visual brief, Boxcat set out to keep things constantly evolving in real time, reacting to lighting and audio changes at every possible opportunity. Nevertheless, they still wanted to maintain a clean aesthetic to match the branding and new colour schemes of Lost Frequencies. As a result, the final product was a unique but balanced mix of minimalism and maximalism.

With these performances, Boxcat set the explicit goal of building a fully real-time show, a mission on which they had never before embarked. To achieve this, they designed a new workflow that featured Notch and Smode working together on a single server.

For each track, they built out a single Notch block with all 3D elements and camera inputs exposed, allowing them to sit in rehearsals and explore new looks with the LED wall and understand what they could come up with on show days. As they could add lighting states and programme the scene in real time, the LED wall served as part of the scene on stage rather than simply a video background. Likewise, the IMAG effects used in the show served as an actual set piece as opposed to a basic colour-correction filter placed over the image. They were even able to adapt to their client’s wishes, reviewing and changing each detail where necessary after each performance. 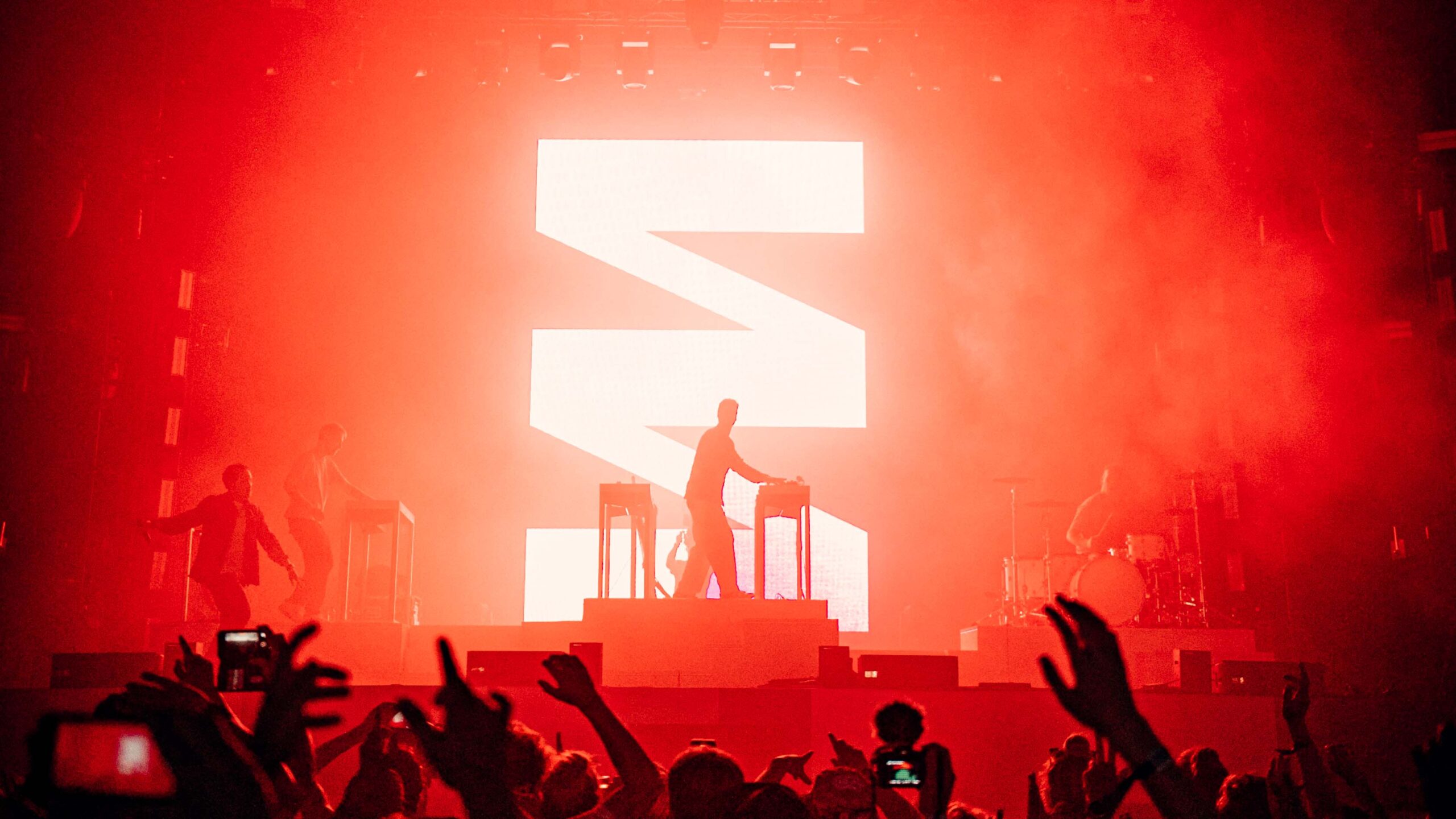 “Each track was edited and lit to the music with too many variations to worry about rendering. But with the help of Notch, we were able to match the real-world lighting and forget about render times completely. With Notch, we could make it appear as if lights were spilling out onto the virtual set, bringing the total video, lighting, and set together as a finished, cohesive product.”