“For a creative, working in Notch is so much more rewarding.”

American singer Billie Eilish kick-started her first world tour: When We All Fall Asleep at Coachella Music and Arts Festival 2019. The fiercely creative 17-year old wanted twisted visuals that could match her energetic show. The team at Comix created a suite of ever-evolving, bold and beautiful looks for the tour.  Tom Brightman and Lewis Benfield break down how they created visuals that have fans running to Billie’s show. 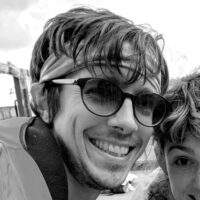 “We are Comix, a multimedia company who specialises in content design for live events. We use film, animation and typography to create exciting, distinctive live visuals.” 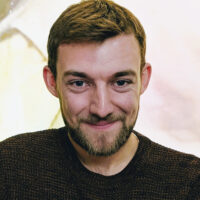 “My own journey in video started in 2012 at a basement bar in Norwich.  I transitioned very quickly to learning video production and live visuals at Ministry of Sound. Since joining Comix, I have worked with festivals and clubs to create live visuals for artists such as Kygo and Lil Uzi Vert. I started learning Notch in September 2017 and it’s revolutionised my workflow. Its real-time playback and insane render times make Notch the perfect tool for IMAG Design and live VJ’ing.”

Tom: “Erik Anderson, from Cour design, approached us to make content for Billie Eilish’s 2019 tour ‘When We All Fall Asleep’. The initial brief required us to use Notch to create several live-camera looks, as well as designing and making content pieces for the tour.”

“We wanted to create dark and twisted visuals that doubled as stage lighting. Billie would be the focal point of our content. It was going to be a combination of moody, horror-inspired looks for songs such as ‘Bury a Friend’ and ‘Copycat’. Other tracks in the setlist we envisioned being more upbeat, colourful and bouncy. We loved stepping up to the challenge of working with a soloist with such a diverse set-list!”

Lewis: “As soon as we got the brief we began creating mood boards, and prototyping Notch looks for each song. Next, we storyboarded and moved into production; filming, animating, editing and drinking unhealthy amounts of coffee.”

“We flew to LA for rehearsals with our assemblage of Notch looks and began loading them into the disguise gx2, making sure to expose all key values. The seamless integration with disguise servers means that everything in rehearsals can be up and running almost straight away.”

Tom: “When mixing live cameras with content for a show like this, it’s great to be able to integrate them visually. Notch’s speed and reactivity make this integration easy. We were able to unify both the real-time and rendered video with the lighting design to create a killer combination. For a creative, working in Notch is so much more rewarding.” 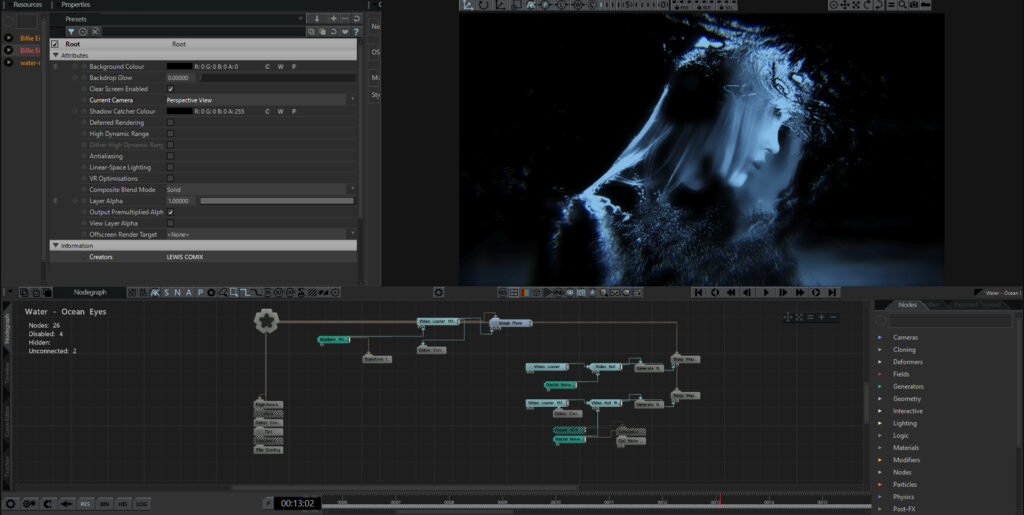 Lewis: “We wanted to create the illusion of the camera feed being manipulated by water while keeping Billie visible. We used an Image plane for the Video In source, which allowed us more options when it came to deforming the video source. We started by generating a normal map from clips of water, which we processed into a Bump map that displaced the Image plane.  Fractal noise and a Plasma node were used to drive the bump maps alpha channels. Finally, we stylised the look by adding film grading to create chromatic distortion and softened the image with a vignette. The Icing on the cake was the turbulence warp, node this gave us that extra finesse on achieving the distorted wave.” 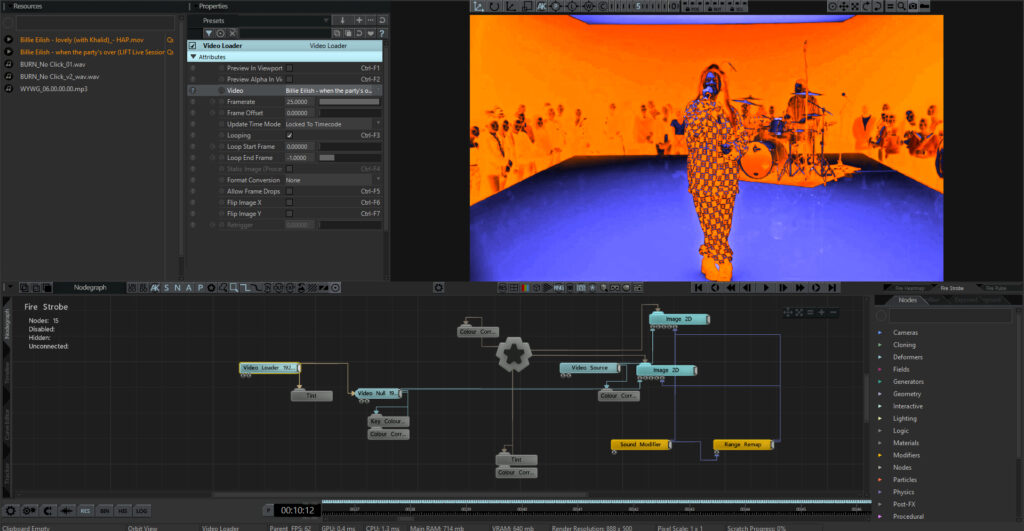 Lewis: “For this energetic track, we had the idea of creating an IR heat map inspired filter in Notch. We created the look with an Image 2D node with colour correction and secondary keyed colour. We used this effect for the duration of the song and needed something to drive it in addition to Tony Caporale’s brilliant lighting. We used a Sound Modifier and Range Remap to drive the values of any property. When linked up to another Image 2D it created a solid colour to divide all the craziness that was happening on stage. It was a very subtle overlay, but it formed a bold statement when translated to the screens.”

Tom: “Rapid prototyping was pretty essential in this project; Billie is a very creative individual and has a clear idea of what she wants. Being able to present visual treatments in Notch from the very beginning of the project, and make adjustments straight away helped accelerate the creative process.”

“The show looks great, and we’ve had overwhelmingly positive responses from everyone who has seen it. The tour is running smoothly and organically evolving on the road, so everyone is happy.”